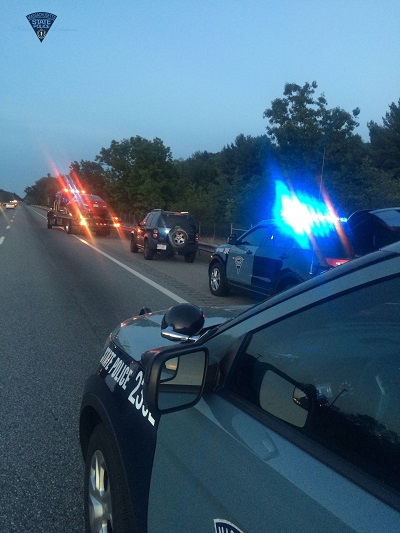 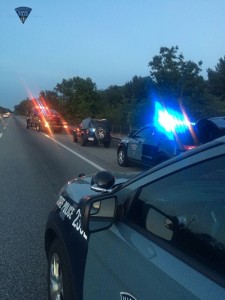 On Saturday, May 30th at  7:53 p.m., a call was received from a 32-year-old Fitchburg woman who had just pulled over on the Massachusetts Turnpike, Interstate 90 Eastbound in Framingham near the 114 mile marker. The woman was reporting that she was in labor.

Trooper Copponi spoke to the woman and calmed her, reassuring her that she was safe and EMS was on the way. At this point, the baby began to crown. Trooper Copponi continued to reassure the woman, as he cradled the baby’s head. Trooper Daniel Mahoney arrived and took care of the three young children passengers.

While Trooper Copponi supported the baby as it was being delivered, Framingham Fire/EMS arrived on the scene. The newborn baby boy was born moments later. A member of Framingham EMS cut the umbilical cord and quickly boarded the baby into the ambulance. The other EMS personnel secured the new mother and also boarded her into the ambulance. Trooper Daniel Mahoney along with the other Fire/EMS personnel put the three other children in the ambulance to be transported with the mother and baby.

They were all transported to Metro West Framingham Hospital.