Home / Announcements / From Stage to Screen: Taylor Schilling, Star of the Hit Show Orange is the New Black, to be Honored by New Bedford Festival Theatre 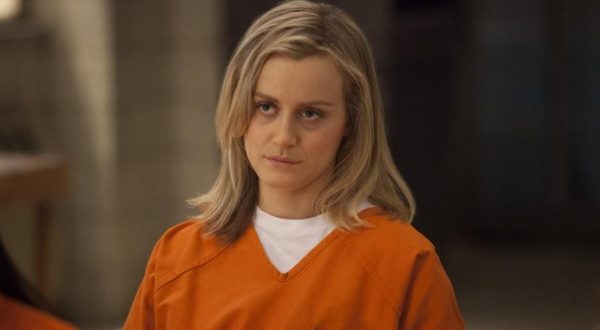 From Stage to Screen: Taylor Schilling, Star of the Hit Show Orange is the New Black, to be Honored by New Bedford Festival Theatre

New Bedford Festival Theatre is proud to host acclaimed actress Taylor Schilling as its Guest of Honor this July, for a special visit to the City of New Bedford.

In addition to recognizing Ms. Schilling for her outstanding success in the arts, her presence also adds to the excitement and celebration of the company’s 30th anniversary year. Best known for her leading role as Piper Chapman in the hit TV show Orange is the New Black, Ms. Schilling has received both a nomination for the Primetime Emmy Award for Outstanding Lead Actress in a Comedy Series as well as two Golden Globe Award nominations for Best Actress in a Television Series Musical or Comedy and Best
Actress in a Television Series Drama. Film credits include: “The Lucky One,” “The Overnight,” “The Public,” “Take Me” and “FAMILY.”

On the evening of July 20, Ms. Schilling will attend the company’s summer production of Mamma Mia, followed by a special ticketed reception where the community can meet the actress in person. This event will take place Saturday, July 20th, from 9:30 PM to 10:30 PM at the Penler Space which adjoins the Zeiterion Theatre located at 684 Purchase Street, New Bedford. Attendees will have a chance to meet Ms. Schilling, plus enjoy a cash bar and light hors d’oeuvres.

Tickets may be purchased for $40. Attendance is limited and tickets are anticipated to sell out quickly. To purchase tickets, visit taylorschilling.eventbrite.com. 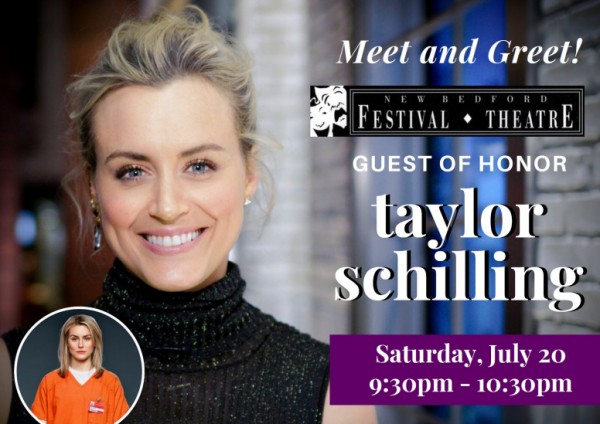