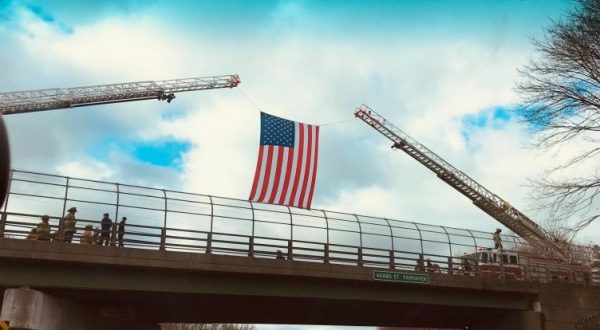 This week’s report will not contain statistics, motor vehicle stops or calls. I would like to only pay tribute to CC. His untimely death has had a profound effect on all of us who knew him and had the pleasure of spending time with him. The Chief was an unselfish gentleman who was the epitome of a firefighter and fire chief. Scott was always approachable and always kind. Many of us are fortunate to have had the opportunity to spend time with him, have conversations with him, and enjoy his sincerity. Honesty and integrity are such important qualities in a Chief’s position; Scott was the personification of both those attributes.

Chief Jepson was born in New Bedford the son of Anne W. (Marsden) Bernard of Mattapoisett and Russell W. Jepson of Taunton. He graduated from Old Rochester High School. The Chief joined the Somerset Fire Department in 1992 as a firefighter/ paramedic; in 2004 he was promoted to the rank of Lieutenant and eventually promoted to the rank of Chief in 2008. He was admired and respected by all who knew him personally and professionally. He is survived by his wife Angelina and son Ian. I hope all of you take some time to think of Scott, Angie and Ian during this difficult time.

Yesterday I had the honor of being part of a lengthy procession which brought Scott back to Somerset from the Cape. As we traveled the highways back home it was so impressive to see the honor and respect given by the firefighters who positioned themselves on every overpass with their apparatus. Many of the firefighters stood on top of their engines saluting the hearse as it passed beneath them. Those acts of respect are beyond words.

There are special people in our lives that never leave us even after they are gone. Scott is one of those special people. Coping with the loss someone like Scott may be one of the hardest challenges that many of us face. When we lose a person in an untimely manner the grief can be particularly intense. Loss is understood as a natural part of life, but we can still be overcome by shock and confusion, leading to prolonged periods of sadness or depression. The sadness typically diminishes in intensity as time passes, but grieving is an important process in order to overcome these feelings and continue to embrace the time we all had with Scott. Human beings are naturally resilient, considering most of us can endure loss and then continue on with our own lives.

I would like to share some lyrics from a song called “Hold on to Memories”. I believe these are appropriate…

For those of you, who plan on going to the wake and/or funeral, please be aware there will a very large contingent of firefighters and police officers from many agencies so there will be challenges regarding parking and traffic which we are working on right now.

Here are the arrangements for Chief Jepson…

A Mass of Christian burial will be held on Thursday, January 9, 2020, at 11am, in Saint Thomas More Church, 386 Luther Avenue., Somerset, with burial following in Nathan Slade Cemetery, Somerset.

Calling Hours for Chief Scott Jepson will be held on Wednesday, January 8, 2020, from 4-8pm, in the Hathaway Community Home for Funerals, 900 Buffinton Street, Somerset.

In lieu of flowers donations in the Chief’s memory may be made to the Somerset Federal Credit Union c/o Chief Scott Jepson Memorial Fund, 740 County Street, Somerset, MA 02726.”

Until we meet again my friend…” 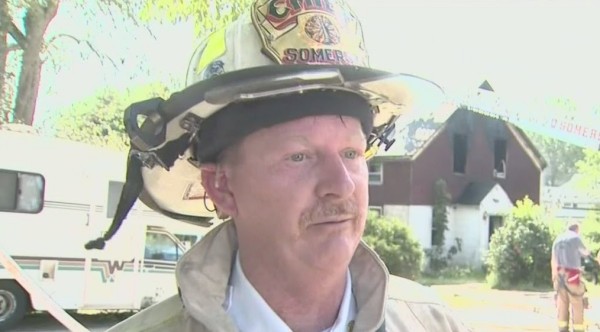 When Joe isn't writing, he's coaching people to punch each other in the face. He enjoys ancient cultures, dead and living languages, cooking, benching 999#s, and saving the elderly, babies and puppies from burning buildings. While he enjoys long walks on the beach, he will not be your alarm clock, because he's no ding-a-ling.
Previous New Bedford’s Glass Horse Project opens Season Four with Greek Myth Retelling
Next New Bedford to host 2 public meetings to discuss its 5-Year Planning Process, Action Plan and Impediments to Fair Housing