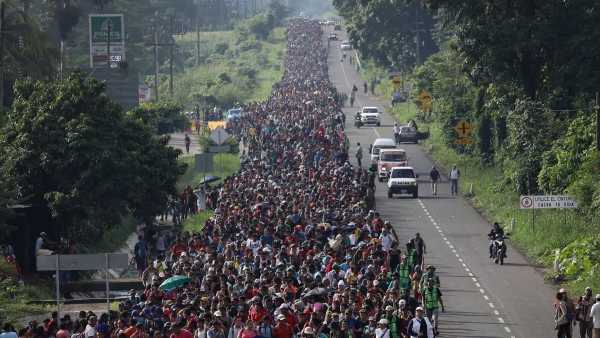 Bristol County, Mass., Sheriff Thomas M. Hodgson spear-headed a nationwide initiative that resulted in almost 275 of America’s Sheriffs from 39 states, representing a combined 19.82 million Americans, penning a letter to President Biden this week, urging him to secure the border and stop the mass influx of illegal immigration.

“President Biden is knowingly and intentionally undermining America’s Sheriffs and our collaborative efforts with our local, state and federal public safety partners to enforce the rule of law,” Sheriff Hodgson said. “He and the policies of his administration are placing our citizens, neighborhoods and our nation in public safety and public health danger.”

The attached letter was sent to President Biden electronically and via USPS.

“You must act now before our nation’s public safety resources are overwhelmed with the criminal side effects of unchecked illegal immigration, including transnational gangs, guns, dangerous drugs and human trafficking,” America’s Sheriffs wrote in the letter. “America’s Sheriffs urge you, Mr. President, to reverse course and help us protect our communities by securing the southern border. Both the Barack Obama and Donald Trump administrations recognized the threats and dangers presented by illegal immigration. It is critically important that you see it as well.”