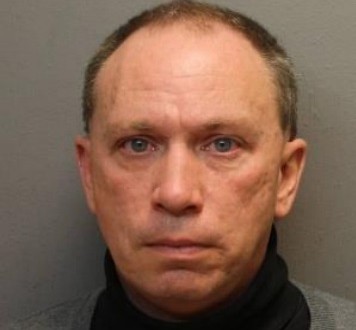 SCOTT HALLE, who was added late last week to State Police Violent Fugitive Apprehension Section’s list of Most Wanted Sex Offenders, was located and arrested this morning in Chelsea. HALLE, 45, is the second of six wanted offenders added to the list on Friday to be captured.

For the last two days state troopers, assisted by local officers from Chelsea and Cambridge, checked addresses, conducted surveillance and followed up on tips provided by the public in their search for HALLE.

Today, troopers and Chelsea Police officers located and arrested HALLE without incident at 321 Spruce Street, Chelsea. HALLE is being held at the State Police Barracks at Leverett Circle; a bail clerk set bail $100,000. If HALLE is unable make bail, he will be brought to Boston Municipal Court in the morning and processed on two warrants charging him with failure to register as a sex offender. If he posts bail a court date will be set.

HALLE — who has been classified as a Level 3 sex offender, meaning he poses the highest risk of re-offending — is required by law to register as a result of his convictions in Plymouth County in 2000 for rape and for indecent assault and battery on a person 14 or older. The conviction stemmed from a sexual assault in Marshfield.

Another of the new additions to the list, REGGIE C. ELLENWOOD, 58, was arrested Friday evening in Boston. State Police continue to search for four other fugitives added to the list yesterday for failing to register as sex offenders as required by their convictions for various sexual assault crimes.

The State Police are seeking the public’s help in locating these fugitives, so that we can ensure they comply with the sexual offender registration law, which is a public safety measure that allows members of the public to be aware of high risk sex offenders who live or work near them. Anyone who has information about these fugitives or their whereabouts should call the Massachusetts State Police Violent Fugitive Apprehension Section at 1-800-KAPTURE (1-800-527-8873).