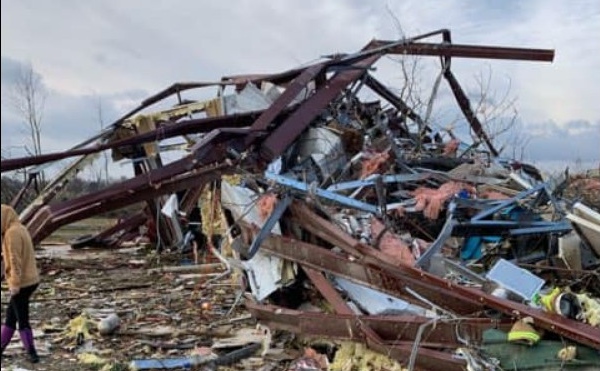 “As we all know on December 10th tornados ravaged the state of Kentucky and as we all saw from the news reports the damage was widespread and devastating to a number of towns that lie in its path. One of those towns was the small Town of Cayce, KY, population of about 150 people a small town located outside Mayfield, KY.

On December 13, 2021 the Fire Chiefs Association of MA (FCAM) reached out to the KY Assoc of Fire Chiefs (KAFC) to see what assistance MA could help with. On December 21st, KAFC replied back that among other needs they were in search of a 3000 gallon tanker for the town of Cayce whose sole fire station and their 4 pieces of apparatus were destroyed by the storms. 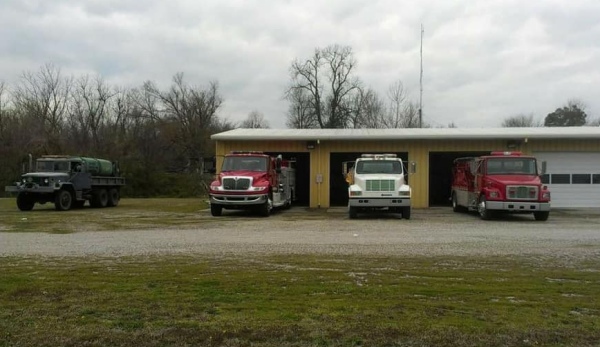 This request sent to all the cities and towns in MA was a tall order, but not too tall for our Rochester Department. Within minutes of the email going out Chief Weigel responded that the RFD had a spare 3000-gallon tanker which is not just a water tender, but a pumper. A 1988 FMC 3000 gallon tanker/pumper was purchased used in 2000 and served the Town of Rochester proudly from 2000-January of 2020 when it was replaced with a newly purchased tanker/pumper.

We are proud to say that as of 10:00 am yesterday morning the Rochester Select Board met in a special emergency session where they voted to release the 1988 FMC Tanker/Pumper to surplus allowing the RFD to donate the truck to the Cayce, KY Fire Department. Chief Weigel has spoken with Chief Adams of the Cayce FD who is more than overjoyed, humbled and extremely grateful to receive this apparatus which will serve as their only piece of equipment at this time but will get their 21 member department back on its feet serving their community as they continue to pick up the pieces.

The next step in the very fluid and quick-moving process will be to transport the truck to KY via transport trucking. The cost of this one way delivery is about $7000. FCAM is reaching out to all the Fire Chiefs in MA along with the County agencies to help raise the funds to get this truck on its way. Any donations may be made to the Rochester Fire Assoc. and mailed to 10 Neck Road in Rochester, MA. The RFA will be setting up a special acct specific to assist in raising the funds needed for the deliver of this truck. 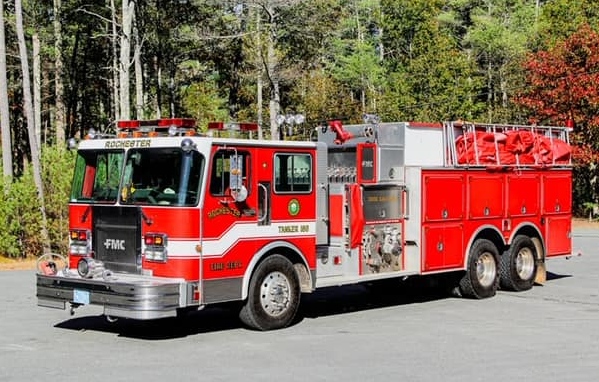 This is not the first time that Chief Weigel and the RFD has donated spare surplus apparatus to other agencies in need. In November of 2013 the RFD donated a surplus 1992 Horton Class 1, Ambulance to the Northfield EMS in the Town of Northfield MA. The 1992 Horton Ambulance served the Town of Rochester from 1992-2004 as the primary ambulance and then from 2004-2012 as the backup ambulance, before it was taken out of service officially in 2012.

Chief Weigel and all of the members of the RFD are more than proud to be able to assist our fellow Fire and EMS agencies in these times of need.” -Rochester Fire Department.