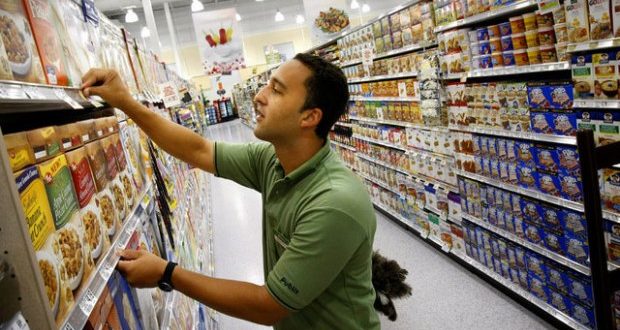 The median household income was up and poverty rates were down in 2019, while the rate of people without health insurance increased over the previous year, according to the latest figures from the U.S. Census Bureau.

The bureau on Tuesday released its annual national statistics on income, poverty and health insurance coverage for the calendar year 2019. The figures reflect a time period before the current recession and before disruption arising from the COVID-19 pandemic sent unemployment rates skyrocketing.

There were 34 million people living in poverty in 2019, according to the bureau, 4.2 million fewer than in 2018. The poverty rate dropped 1.3 percentage points to 10.5 percent last year, marking the fifth consecutive annual decline and the lowest observed rate since estimates were first published in 1959, bureau officials said.

Poverty rates declined across race and ethnic groups last year, to different degrees. The biggest drop was among Asians, for whom the rate decreased 2.8 percentage points to 7.3 percent. A decline of 2 percentage points among Blacks brought the rate to 18.8 percent, the rate for Hispanics fell 1.8 points to 15.7 percent, and for Whites, the poverty rate decreased 1 point to 9.1 percent.

A family with two adults and two children was considered “in poverty” in 2019 if their income was less than $25,926.

More than 26 million people, or 8 percent of the population, did not have health insurance at any point of the year in 2019 according to the Census Bureau’s Current Population Survey Annual Social and Economic Supplement. More people had private health insurance (68 percent of people), including employer-based coverage, than had public insurance (34.1 percent) like Medicaid and Medicare.

Massachusetts had the lowest uninsured rate in the country, at 3 percent, and the highest was in Texas, at 18.4 percent, the Census Bureau’s report said.

The Census Bureau’s new reports each carry a note acknowledging that their findings are based on interviews that are conducted annually between February and April, which this year overlapped with the early stages of the COVID-19 pandemic in the U.S. The bureau suspended its in-person interviews in March and continued interviews by phone, yielding a lower response rate for the basic Current Population Survey in March 2020.