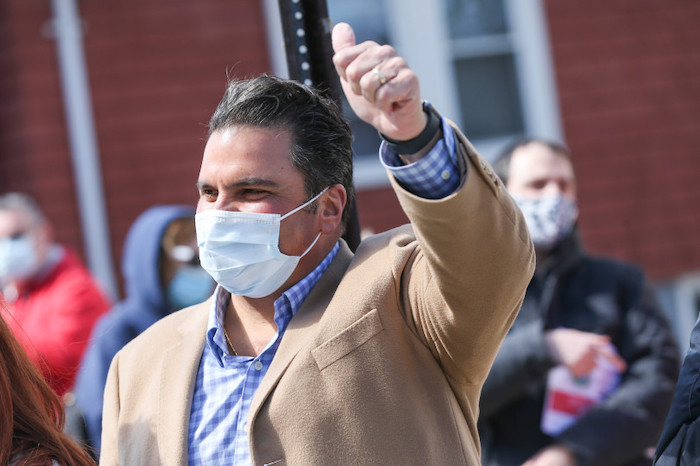 Following the lead of Boston, Everett Mayor Carlo DeMaria declared racism a public health crisis in his city on Tuesday and said he had signed a pledge to review the Everett Police Department’s policies on use of force.

“The City of Everett is culturally rich and abundantly diverse. Racism or discrimination, in any form, will not be accepted nor tolerated. It is with this in mind that I find it imperative to declare racism a public health crisis in the City of Everett,” DeMaria said in a statement released by City Hall.

The move follows Boston Mayor Marty Walsh’s Friday declaration of a public health crisis in the capital with respect to racism, and his decision to reallocate police overtime money toward social services.

DeMaria said he had signed the “Mayor’s Pledge” issued by the Obama Foundation and committed the city to reforming use of force policies, if necessary, and engaging the community for feedback as part of its review of policing in Everett.

“Chokeholds have never and will never be a method of restraint taught to our Everett Police Department,” DeMaria said. The mayor said the police department’s policies and procedures mirror the guidelines established by the Massachusetts Police Accreditation Commission for municipal police training, and the department is actively updating its use-of-force and de-escalation policies, as well as the rules concerning an officer’s duty to intervene when they observe misconduct by a fellow officer. While DeMaria said officers have been taught for years not to initiate police involvement with another person based on race, gender, sexual orientation, age, or physical ability, a policy codifying that practice in the city will be published and implemented within 10 days.