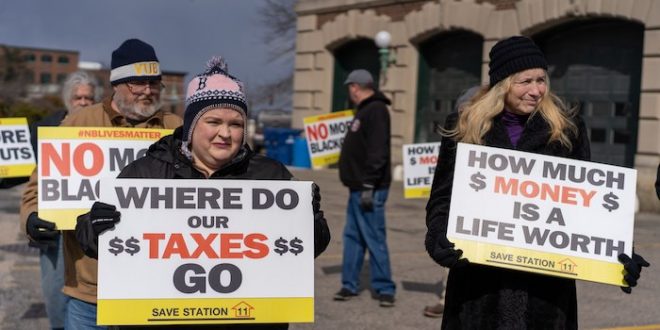 Organizations continue their protest against New Bedford Fire Department cuts on Sunday, March 15 starting at 11 am. Organizers announced they will stay until the end of the New Bedford Half Marathon.

“Beginning in March 2020, the New Bedford Fire Department (NBFD) will end so-called fire company ‘rolling blackouts,’ the practice of taking one of the City’s ten fire companies out of service on a rotating daily basis.”