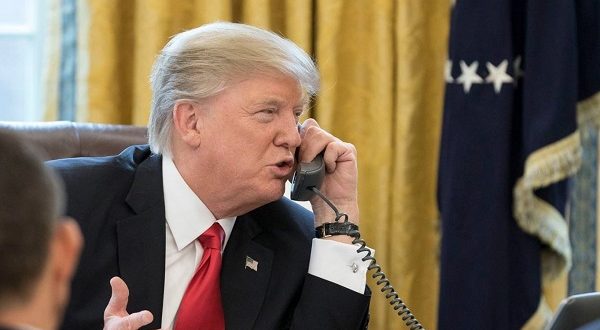 As Gov. Baker mulls ways to safely reopen businesses and on the heels of a jobs report showing the national jobless rate falling to 13.3 percent, President Donald Trump is scheduled to visit Maine on Friday.

On Friday afternoon, Trump plans to participate in a roundtable with commercial fishermen in Bangor before visiting Guilford where he plans to tour Puritan Medical Products. He’s due back at the White House early Friday evening.

There are reports that the Trump administration is warming to the idea of spending $1 trillion in another round of economic stimulus as the nation tries to get back on its feet following the blow delivered by COVID-19. With many businesses itching to restart and avoid collapsing, Baker on Saturday plans to detail the timing of the second phase of his planned economic reopening. Massachusetts next week will mark its third full month in a state of emergency.

In a move with potential impacts on environmental policies, Trump signed an executive order Thursday instructing federal agencies to speed infrastructure projects and giving his agencies under his oversight 30 days to submit a list of projects that are being put on a fast track. Trump rarely visits New England and his arrival is expected to draw protesters amidst a growing movement for government and people to confront social injustices and systemic racism.