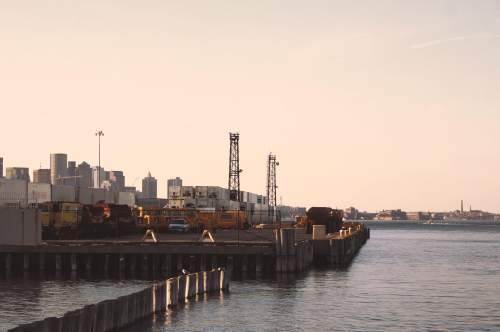 This afternoon at about 1:00 p.m., Trooper Steven Culver was alerted by a pedestrian to the presence of a nude man standing near the Steriti Memorial Rink on Commercial Street in Boston. When approached by the trooper, the man jumped the fence to the baseball field next to the rink, crossed the outfield, and jumped another fence, before jumping into the Boston Harbor.

Trooper Joseph Souretis and Trooper Stephen Kamb of the State Police Marine Unit responded to the man’s location, which was now about halfway between the Navy Yard and the USCG Base in the harbor. The troopers pulled the man from the water and onto their boat and immediately began rendering first aid for possible hypothermia. While en route to the marine unit to meet up with awaiting emergency services personnel, the man attempted to jump back into the water. The troopers were able to gain control of the man, and while continuing to render first aid, the man became unconscious.

Once back at the State Police Marine Unit, with assistance from Boston Police and BPD Harbormasters, Boston EMS transported the man to an area hospital for treatment.