Home / Latest / Pictures in the Park: an outdoor movie series at Buttonwood Park for Summer 2015 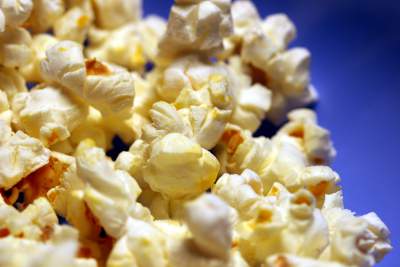 Pictures in the Park: an outdoor movie series at Buttonwood Park for Summer 2015

Pictures in the Park is an outdoor movie series being held in New Bedford’s Buttonwood Park during the summer of 2015. Coordinated by a group of volunteers, the series is made possible thanks to: partnerships with the City of New Bedford’s Department of Parks, Recreation, and Beaches, which is providing activities as well as park access; the Friends of Buttonwood Park, which is helping us ensure that donations to this project are tax-deductible; and, most importantly, contributions from residents and businesses who support our mission.

That mission is to promote New Bedford’s civic vitality and encourage the use and enjoyment of Buttonwood Park by city residents and visitors alike during the summer of 2015 and beyond. Going forward, we hope to use our experience developing and presenting this series to develop a “how-to” guide that will encourage more New Bedford residents to initiate similar events in parks throughout the city next summer.

The first film—Sandlot—will begin at sunset on Friday, June 26, following a fitness activity being coordinated by the city’s Parks Department to engage children and families. Based on the success of our fundraising efforts, two more films will be shown through the end of summer, and we are currently working with the Parks Department and other groups using the park to determine the best dates for subsequent events.

We believe that producing a professional, high-quality series is key to achieving our goals and encouraging more of our fellow citizens to “be the change” they wish to see in our city. Therefore, we have engaged a professional to provide and manage equipment that will meet the needs of an audience as large as 500 people. In order to offset this cost and that of the licensing fees for each film, we have established a fundraising goal of $3,000 for the entire series. In addition to securing a $1,000 Community Building Mini-Grant from the United Way of Greater New Bedford and asking movie-goers to make small-dollar contributions, we are in the process of securing donations from individuals and sponsorships from area businesses.

We expect the outdoor movie series to offer a high level of visibility to sponsors both at the event and in all relevant advertising. Title sponsors who donate $1,000 or more will be credited as the presenter of one of this summer’s films; their logo will be displayed on the screen before the movie and in all advertisements for the film and the series. Title sponsors will also have the opportunity to set up a promotional table at the event and to reserve an area of seating for their employees and families.

Business sponsors contributing $300 or more will have their company formally recognized at the start of the film and their logo will be included in large print advertisements. And because we wish to bolster civic vitality through the series, we will list on the screen the names of all other business and individual donors half an hour before the start of the film so that attendees can get a sense of the degree to which members of the community have pitched in their own resources to ensure that this positive experience can be enjoyed by all. Indeed, promoting contributors in every way possible will go a long way toward sustaining this effort into summers beyond by encouraging and rewarding a philanthropic spirit in our city.