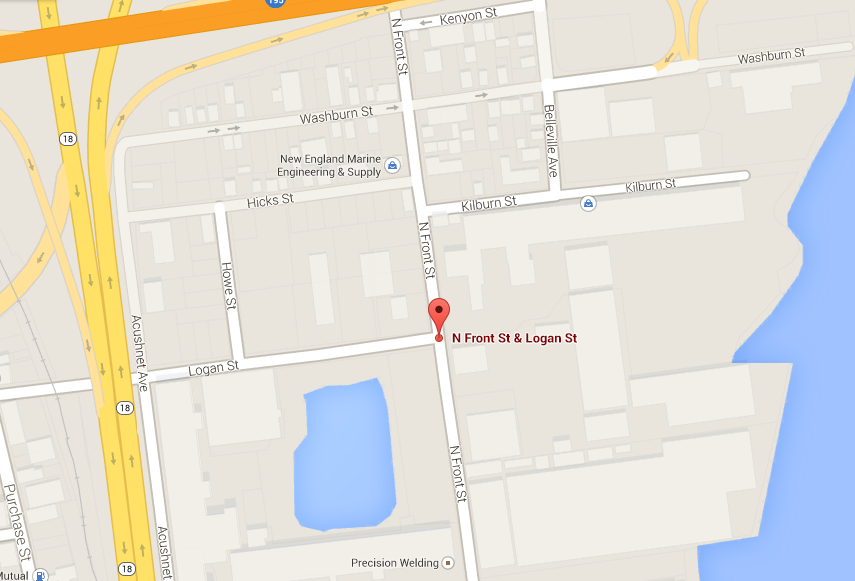 On Saturday evening at approximately 9:15pm, downtown units were dispatched to a pedestrian accident in the area of Herman Melville Blvd and Logan St.

Upon arrival they spoke to a witness who observed a Mazda Tribute being operated north on Herman Melville Blvd. when it struck a pedestrian in the middle of the street.

The Mazda then backed up, went around the victim, and fled the scene. The witness was able to obtain the registration plate of the fleeing vehicle.

The victim was transported to Rhode Island Hospital with serious injuries.

Shortly thereafter, Officers Thomas Jupin and Jonathan Plourde were able to locate the vehicle parked in the area of 373 So. Second St. with front end damage. The owner came out of a residence and admitted to the officers that he had been involved in an accident and fled the scene because he was scared and his license was suspended. The vehicle was towed to the north end station for processing.

Victor Perez age 36 of New Bedford was interviewed at Police Headquarters and issued a citation for:

He will be arraigned at a later date on these charges in New Bedford District Ct.

The following day, at approximately 1:30pm, the New Bedford Police Department received word from Rhode Island Hospital that the victim had passed away. His name is being withheld pending notification of next of kin.

The accident is currently under investigation by Sgt. Michael Martin of the Accident Reconstruction Unit. Further charges are anticipated pending a completion of the investigation.