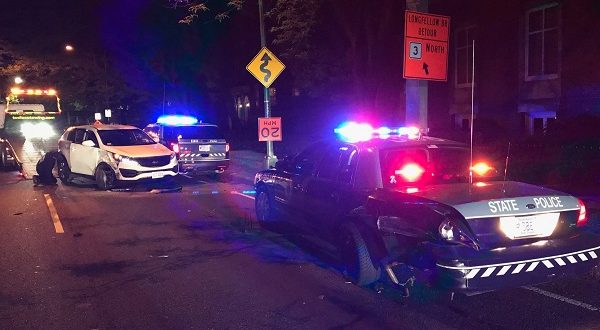 OUI Driver Under Arrest After Hitting Cruisers, Causing Injury to Pedestrian in Boston

At approximately 2:40 a.m. an impaired and speeding driver struck two State Police cruisers on Storrow Drive in Boston and injured a civilian who was on foot outside his vehicle.

The sequence of events leading to the incident began when two troopers stopped a motorist for motor vehicle violations on Storrow Drive eastbound at the Charles Street exit. One cruiser was parked behind the other and both had their emergency blue lights activated. Both cruisers were parked behind the vehicle that had been stopped.

The troopers exited their cruisers and had taken the driver they had stopped, a 24-year-old Lynn man, out of his vehicle as they conducted an investigation.

At that time, a KIA Sportage utility vehicle traveling eastbound on Storrow Drive approached the cruisers from behind at a high rate of speed. 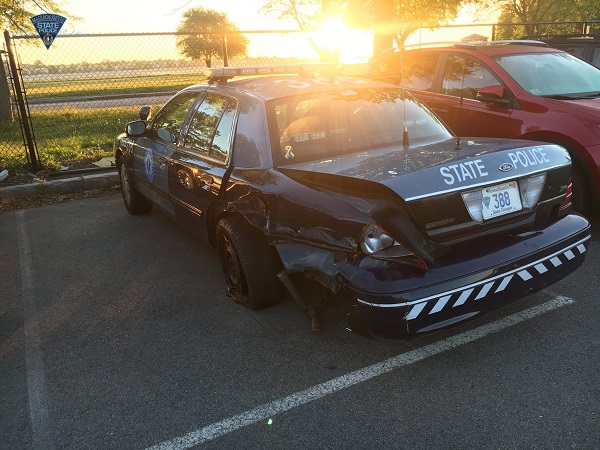 The Lynn man suffered injuries believed to be non-life threatening and was transported to Massachusetts General Hospital by Boston EMS.

DaSILVA was transported to the State Police Boston Barracks at Leverett Circle, where he is being held on $10,040 bail.