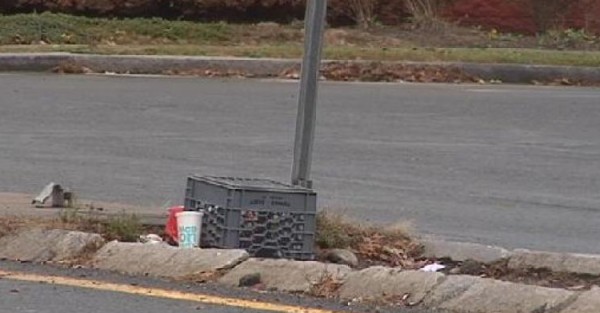 Like every other resident driving throughout New Bedford on any given day I encounter panhandlers at traffic lights. They often camp out at the island – the divider between lanes – or at a nearby spot within walking distance.

While panhandling itself can be dangerous to the panhandler and the even the driver who can be distracted by someone waving a cardboard sign or stepping near traffic, this is about something else. Nor is my issue about out-in-the-open drug use you see occasionally. Those are different issues altogether – ones that are regularly being discussed on social media and in the “real” world. 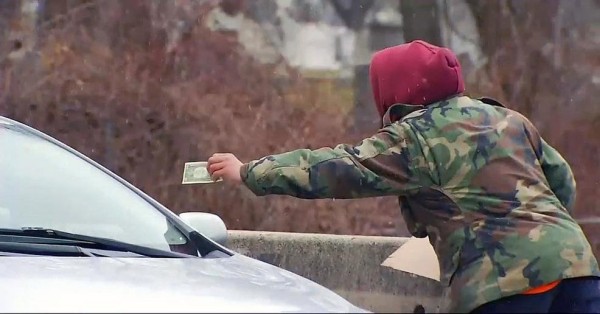 My issue is that when they are camped on the traffic island they leave behind their trash, e,g. soda cans, fast food bags, cigarette butts, and in some cases their used needles. If I was to play the Devil’s Advocate or give them the benefit of the doubt maybe these needles are because they have diabetes and are giving themselves insulin injections. But it’s illogical to think that is the case with the majority.

Regardless, many people report coming across used needles being discarded on sidewalks and streets throughout New Bedford and not just at these islands. People mention stepping on them accidentally while wearing shoes and others mention close calls while being barefoot.

Sharps containers are what medical professionals use to discard used needles in a safe way. They are inexpensive and made of dense plastic. For very little money, these sharps containers can be placed on a pole or object in the islands or in close proximity to them. If there is a concern about them being tampered with, a metal version – perhaps aluminum – could be an alternative.

The City’s Board of Health could routinely empty them out and dispose of them properly. Placing them at traffic islands will protect the “Joe Public” pedestrian or even other panhandlers and if this idea is extended beyond the traffic island to perhaps where drug users also frequent, e.g. parks, beaches, etc. it will further prevent people, especially children, from encountering a used and possibly contaminated needle. 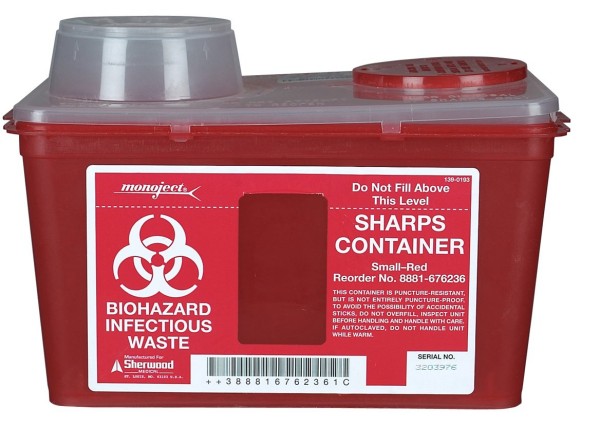 In addition, the containers could be accompanied with a refuse barrel of sorts so that the trash the panhandlers leave behind aren’t left for the wind to blow into the road and pollute the environment as is often seen.

This is a small cost to the city and one that protects citizens – easy to incorporate and maintain. In addition, tracts about drug addiction, city assistance, and other helpful information can be placed with these containers. While many people can be cynical about drug users and callously rail out with “Let them all OD so they aren’t a problem!”, “Who cares about them?” or “They are a burden on society!” there is a substantial number who do want to kick their drug habit but don’t know how to start the process.

Having information that contains outreach programs or ways to begin the process of kicking the habit is not only a humane, compassionate way to address drug addiction – whether you believe it to be an illness or not – it is also a benefit for society at large. They fewer drug users society has the lower the crime in communities since often homelessness or joblessness accompanies drug addiction forcing them to consider crime as a way to generate funds for their addiction.

Furthermore, the fewer people using drugs the less of a burden on the medical system, resources, and lower rates of diseases that those who share or re-use needles can possibly contract.

It’s a win-win for everyone.