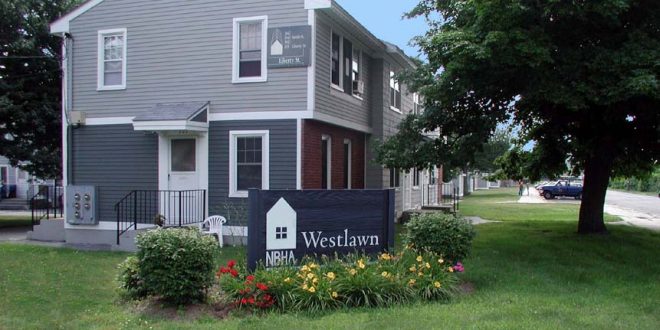 New Bedford is a city with a high rate of rental units. While the average rate of owner-occupied homes in the U.S. is 63.9%, New Bedford’s rate of owner-occupancy stands at just 41%. This is a problem for many reasons, but many would agree, properties with absentee landlords present the most challenges for a city. But what, exactly, is an absentee landlord, and who is the largest landlord in New Bedford? The answer just might surprise many: the largest landlord in New Bedford is actually the New Bedford Housing Authority (NBHA).

Owning 2,459 units, the NBHA is heads and tails above any private landlord. If these units were owned by private landlords, the people would be outraged, as well. Not only are the conditions deplorable in some of these units, but many could also describe the NBHA as an absentee landlord, caring more about the profit of its units than about the health and wellbeing of its residents.

Let’s take a look at the numbers: 2459 units, each rented at an average of $800 per month (a figure that is a very conservative estimate) and operating with a vacancy rate of 5%, would mean that each month the NBHA pulls in $1,868,840, on average. Nearly $2 million dollars being collected in rents every month, $24 million each year! But unlike private landlords, who then must pay for operating expenses, maintenance, debt service and common utilities out of the rents collected, the NBHA gets a pass on the majority of those expenses.

The property taxes on the units are waived, which represents a savings of nearly $4 million dollars annually for the housing authority. The maintenance on the dwelling has a backlog that is 7 pages long and has been deferred, in some cases, for decades, representing even more savings. The NBHA does pay the city a PILOT, or a payment in lieu of taxes, in an attempt to offset the cost of the resources the housing authority uses, in the way of medical, fire, police and emergency services, but the payment is a very low $300,000 per year. You might think that with expenses this low, the New Bedford Housing Authority is a large contributor to the revenue of the city, helping our city to grow economically and helping to foster both business and residential members of the community. But what you would find is that none of the profits make their way to the general fund of the city. That’s right, none of that $24 million ever goes toward New Bedford’s budget.

You might be thinking that, while the units may not necessarily contribute to the revenue of the city, they are, at the very least, helping families and individuals in need, with one of the most basic human requirements; housing. While it is true that the housing authority does provide many low-income families and individuals with shelter, the fact is that those that have, possibly, the most need, are those on the waitlist. Our waitlist for public housing in New Bedford is extensive, with families and individuals waiting as long as 5 or even 10 years to get needed housing assistance.

Why is the wait so long, you might wonder. Well, the waitlist is upwards of a decade long due to many reasons: not enough units are available for our low income population, decreased landlord education or acceptance of subsidized housing vouchers, and possibly the most frustrating reason for this wait is abuse of the housing assistance by the very people who receive it, combined with complacency of the housing authority itself. Rather than use the assistance as an opportunity to save money to become more financially stable or to gain training or education to secure higher-paying jobs or become more gainfully employed, many individuals who receive housing assistance don’t see the assistance as temporary help, they see it as an indefinite entitlement.

The reason that is, possibly, is due to the extensive wait prior to receiving the help, and residents may feel that they have ‘put in their time on the waitlist’ and now have permanently secured their spot. Another explanation for the thought process is the Housing Authority’s policy to not require the residents to maintain their low-income status, once in the system. Income levels and low-income statuses are much less strict, once a family or individual has moved into housing, allowing some residents to take advantage of the low rental prices while making incomes higher than what is allowed when they initially received the assistance.

Another common misconception is that the housing units provide a rental history for the residents that will better equip them, at a future date, to go on to rent units from private landlords. But with over 6,000 past eviction cases filed against their residents, the NBHA is also the largest plaintiff in eviction cases in the city as well. Having a history of eviction, regardless of outcome or reason, is enough to be denied housing by most landlords, both private and corporate, and these cases, unlike other court proceedings, will stay with a tenant for life and can’t be removed from their record.

And let’s take a look at the costs. The units are a mixture of state and federally funded units, meaning that a percentage of the rental amount of each unit is paid for either by state or federal funds, with the remainder being paid by the resident. The amount a resident pays is calculated, most times, based on their income and the remainder is paid for with the aforementioned state or federal funding.

For instance; say that a resident has a monthly income of $1,000, and their project requires they pay no more than 29% of that income toward their housing expenses. Their portion of the rent would then be $290 per month, and the remainder of the rent would then be paid via state or federal funding. It’s important to note, that the funding for these units is not paid solely by the taxpayers of the city, but by the taxpayers of the state and nationwide, as well.

A shift toward the privatization of public housing units has been the goal of HUD for many years, and many programs have been initiated to give builders and developers incentives to both build and manage affordable units, in the private sector. Certainly, this would be a more economically beneficial situation for municipalities as well, as the privately-owned affordable units would contribute to the revenue of the city, by paying property taxes and utility services. This is also a better eventuality, many times, for the individual residents, as the maintenance can not so easily be deferred without significant fines and penalties being imposed upon the management, as well as other city-level violations being imposed for excess use of police, fire and emergency services.

With so many costs to the city and taxpayers, and such a large expense to bring the public units out of the status of ‘deferred maintenance’ it may be time to ask, could privatization be the better choice, here in New Bedford Also, with income levels of $24 million dollars and expenses so low they could be seen as negligible, together with minimal upkeep and maintenance being performed, where is the revenue going, if not to the very communities where the public units are found?

Have an essay to share? Send them to info@newbedfordguide.com

Lisa White lives in New Bedford, MA with her husband Ian White and their daughter, Della. Originally from the west coast, her husband's military service brought the family to MA, where they fell in love with the city of New Bedford.
@LisaWhiteNB
Previous New Bedford U.S. Postal Service Employee Sentenced for Embezzlement of over $20,000
Next The South Coast Hot Jobs List – November 24, 2019