The date is April 28th, 1944, today the allied forces are running a dress rehearsal on Slapton Sands in southwest England for operation D-Day which is scheduled to happen on June 6th, 1944.

“We sailed along in fatal ignorance.” writes LT Eugene E. Eckstam who was a medical officer aboard one of the tank landing ships that were sunk by German U- boats. 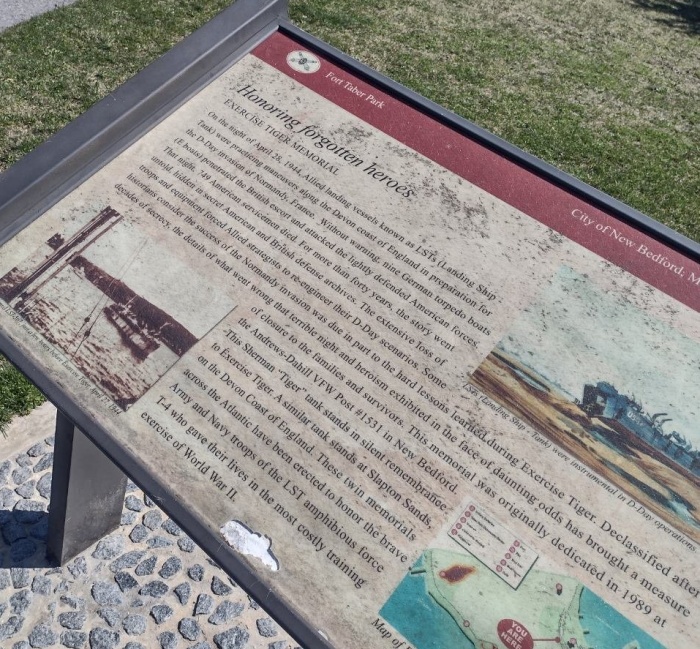 The attack from the Germans was not a fluke like some thought it was. It was part of an effort by the Germans to disrupt preparations for the invasion of northern France. The Germans saw the boats full of Higgins boats and tanks coming in for the rehearsal and saw their chance to cause some havoc, they sent their torpedoes and U-boats to attack.

749 lives were lost that day, not due to quick deaths but to drowning, blast burns, and hypothermia.

This is a story that many people do not know about which is fine. It’s why you go to history museums and monuments with your families to learn. Not to climb on a tank like a jungle gym for photo ops.

I have lived here since I was 6 years old and too many times I have seen and told adults many years my senior to ‘Please tell your kids to get off the monument.’ Sure, there are some monuments in the world that you are allowed to explore but this is not one of them. 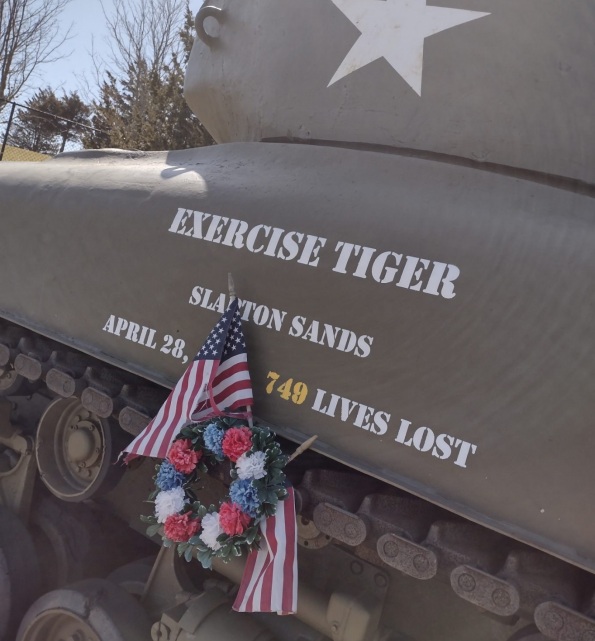 This is one you stand in front of and read the sign that gives you a short story about why it’s important. This is one you admire and pay respects to the men who died for this country. It pains me to have to tell people not to disrespect the memory of these men but unfortunately, Honor and Respect are a rarity in our modern society.

Memorials and monuments like these are the reason for May 30th, Memorial day or to some ‘kick off to summer’ day. It’s a day to remember the reason we are a free country, because of the men and women who have died for our freedom.

We cannot bring them back but we can Respect them by defending their honor and sharing their stories. Please think about that for this upcoming memorial day and Do Not climb the tank.