Home / Latest / OPINION: New Bedford Youth Court: “Why time should be made for juvenile crime” 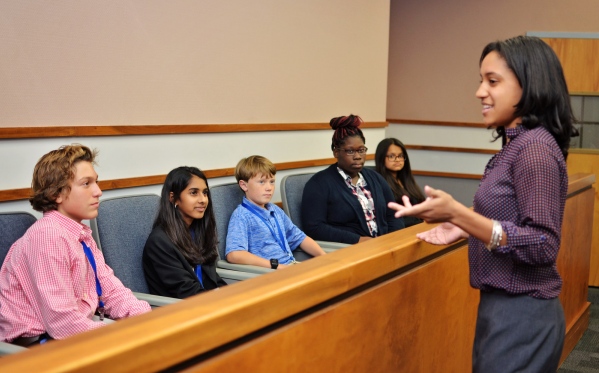 OPINION: New Bedford Youth Court: “Why time should be made for juvenile crime”

Your child is 10, maybe 15 years old. They post a picture on Instagram —someone else makes a rude comment — all hell breaks loose. Fists are thrown, authorities are called, and a criminal record follows them for years.

The unfortunate truth is that this could be your child if not for youth courts and the Global Youth Justice Movement. Often, the juvenile crime issue is swept under a rug; the United States and many other countries have “bigger issues” to deal with than a 12-year-old first-time offender with an assault and battery charge when there are kids in the same neighborhood working as drug mules. There has been a movement on the rise that I foresee changing the landscape for juvenile law reform. Youth courts are favorably impacting communities in the United States and around the world.

Despite their rise in popularity, youth courts are confusing to many people. Here is some insight.

A youth court is a juvenile diversion program that aims to reroute youth offenders from the traditional justice system by providing them an opportunity to strive towards a clean record and a better way of life. Thanks to community partnerships and Global Youth Justice, these peer-led programs span across five continents with over 1800+ programs. Scott Petersen, the CEO of Global Youth Justice, runs a series of training where current and aspiring youth court programs come together for workshops. Essentially, these training are a great way to collaborate and to provide youth courts a central spot for learning.

Rhode Island is the only state in the Union that does not have at least one youth court. One would expect that a liberal democratic state such as Rhode Island would enact such reform and diversion-esque programs, given their party’s typical agenda. The main point is that 49 of 50 states in America have united for this cause, Republican and Democrat alike. Youth courts from conservative states like Alabama and Texas to Liberal states like Massachusetts and California have a bright future. Both parties can see eye-to-eye the benefits of such a program.

The unfortunate reality is that the American justice system is crowded and clunky. The traditional system has the following perception: a criminal commits a crime and gets thrown in jail and the key somehow disappears. The goal is not rehabilitation. The system does not have time to deal with that offender over an assault and battery charge.

The problem with this type of justice is that there is no room for that individual to grow while they are still developing, and perhaps to change for the better. The significance here is youth court’s ability to work, teach, rehabilitate and divert youthful offenders from the system.

“Youth Court is a significant program because it not only gives first time offenders the opportunity to take ownership of their actions and work to fix the mistakes they made without lifetime consequences but it is also a program that allows young adults a role in learning more about the court system and their role in the justice system by giving them hands-on experience as attorneys and jurors” Terri Belliveau, South Coast Youth Courts – Director. A youth who goes through the youth court system does not receive a conviction, whereas the traditional system may indelibly stain their record.

Generally, youth courts have about an 86.3% success rate when it comes to completing sanctions, according to Global Youth Justice. One of the best parts of youth court is the hearing process. High school students get the opportunity to prosecute, defend, bailiff and judge these real case hearings. In addition, the judges or a jury of their peers impose the sanctions. The process is quite exhilarating. For the volunteer attorneys and judges, there is no other experience quite like this when it comes to courtroom experience. Volunteer attorneys learn to prep cases by interviewing witnesses and to actually present the case during the hearing, all in real time.

Youth Court is not a mock trial, it’s real people, real issues and real cases as they frequently mention as their motto. Irene Tresser, the Executive Director of Anchorage Youth Court, believes that “when youth are empowered to manage their own affairs, they will often rise to the occasion instead of just not listening to adults. Youth tend to be more receptive to their peers than adults.”

One important sanction that their peer jury is eligible to hand down is community service. According to Global Youth Justice, ninety-nine percent of all programs offer community service. These projects are meant to facilitate meaningful reparations and connect the respondent back to their community.

We can’t all make a difference in the world but we can all leave our unique mark behind. An investment in our children is an investment in a brighter future, better days are coming because the best is yet to come. Youth courts strive to make the time for juvenile crime, one hearing after another. Although not every case is a success story, youth court programs around the world increase the odds of success stories. Do your own research, get involved, and let these programs shine a light on the positive impact we can all make.

After all, these youth are going to be the future, they will be the ones running our communities and potentially running our nation.