Home / Latest / OPINION: “New Bedford Police must make up for the four unjust murders due to excessive force” 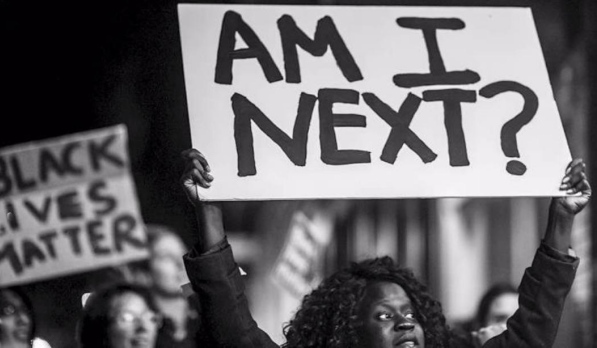 OPINION: “New Bedford Police must make up for the four unjust murders due to excessive force”

The recent report released by Citizens for Juvenile Justice “We are the Prey”, based on NBPD public data, illuminates serious racial disparities in police interactions in New Bedford. In a time where the nation is calling for change, it is our hope that New Bedford will use the information presented in this report to develop an equitable system of public safety in our community.

Mayor Mitchell recently stated, “We are committed to confronting any indication of systemic racism in public institutions.” We agree but we demand real action. It is time to stop pandering to those who would see a status quo that is deeply embedded in systemic racism to continue. It is time to pursue communication that is inclusive of voices from our communities that have been impacted by police practices.

New Bedford must make up for the unjust murders of Malcolm Gracia, Erik Aguilar, Morris Pina, and Larry Ruiz-Barreto. These killings are all part of the horrible legacy of cases that all used excessive force, illegal and unconstitutional approaches, and resulted in murder. Lester Lima and others that were shot in 1970 were not protected by NBPD, nor the judicial system. NBPD must stop subjecting our black men to intergenerational trauma. Let us return to the same values that made our city a beacon of safety and equality for the formerly enslaved.

As city council members elected to represent us and our fellow New Bedford residents, we are calling on you to take a stance for your constituents and to reject Councilor Brian Gomes’ claim that a report based on the critical academic analysis of the city’s data is “garbage” and dismiss his motion to denounce the report. We remind you that your duty is to serve your constituents and listen to the people, not to strengthen political alliances or ensure continued campaign donations from the NBPD union.

It is critical that you read and understand CFJJ’s response to the NBPD’s invalid claims of misrepresentation and miscalculation. Significant racial disparities exist in the Field Incident Report data no matter how you cut the data. CFJJ is clear that they counted the number of individual people and not the unique Field Incident Reports. CFJJ’s metric of analysis demonstrates the impact on actual people, and proves that people of color are disproportionately policed in New Bedford.

Not only are we asking you to reject Councilors Gomes and Carney’s dismissal of the findings in the CFJJ report, but we are asking you to take it a step further and use this as an opportunity to carry out your own objective data analysis, “meet and greet” your constituents, and involve us in creating and implementing meaningful change. We, the people of New Bedford, are making a motion to challenge you to engage in productive dialogue with your constituents about police racial profiling, especially those who have been directly impacted by it. We as a community have the power to make a difference.

STAR-NB stands for Standing Together Against Racism-New Bedford. Justice for Malcolm Gracia is initially what brought STAR organizers together, and we continue the fight!

STAR’s mission is to work collectively with our allies to build an anti-racist community that works to: dismantle all forms of oppression; end state sanctioned violence; and build new supports for a healthy, safe, and thriving New Bedford.