The following was submitted to New Bedford Guide:

“I am a resident of the city. About a year ago someone had abandoned a camper on my street. The tire recycling factory had moved it into a city-owned lot on Washburn so they were able to able to maneuver their large vehicles.

A few months ago a cop had shown up to my home asking about it stating they have found drug paraphernalia in it and asking if I had known who the owner was. So about a week later, a man began to reside there full-time, he was very clearly drug-addicted, going through withdrawals, and rushing out of the camper to violently vomit.

I called them, dispatch had told me they were very busy, but that they could see if they had someone they could send later. It took three days for anyone to come to ask him to leave. The squatter came back and is here on a fairly regular basis so I can say I have honestly lost my faith in how New Bedford Police handle things. I don’t call anymore because I am wasting my time.

About three weeks, someone working for the city slapped another violation sticker on the camper. So at our wit’s end, my husband went over to speak with the man. He told him they found the owner it was someone in Westport and it would be towed within two weeks. Well, it has been more than two weeks.

I woke up two days ago to find our ‘neighbor’ and a prostitute crawling into it at 1:30 am. I spent the following day on my lunch calling city hall getting transferred from department to department until finally, I ended up at some division of the police department. The officer had told me that the lot was privately owned so nothing could be done. I had in fact confirmed today out of spite that the lot was city-owned. He asked why if there is an ongoing issue that I would not call. I explained that if it takes three days for a response time I don’t really see the point.

After discovering the lot was city-owned today. I called around from department to department. Apparently this nuisance is not the responsibility of any department. The only person that was super helpful suggested I contact the mayor’s office and any city council member I could.

Reminded me the squeaky wheel gets the job done. I called the mayors office later, I got a full voicemail. So here I am my absolute last resort.” 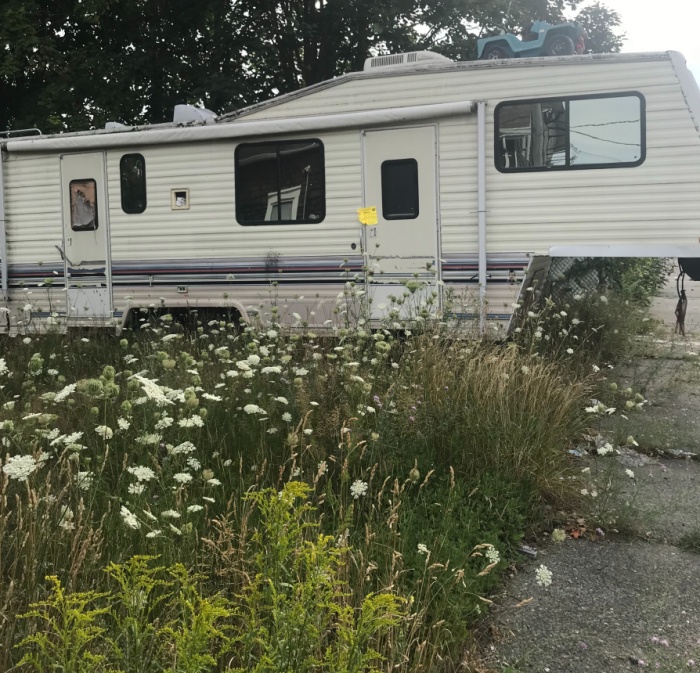