Home / Latest / OPINION: Based on the data, isn’t it time to start opening up Massachusetts again? 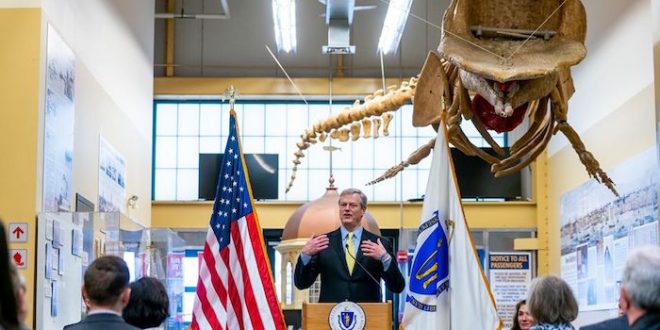 OPINION: Based on the data, isn’t it time to start opening up Massachusetts again?

Yesterday, the Massachusetts Department of Public Health released its most detailed COVID-19 report yet. While it’s a lot of data to consume and analyze, it’s hard to argue that Massachusetts needs to continue to hibernate its population. 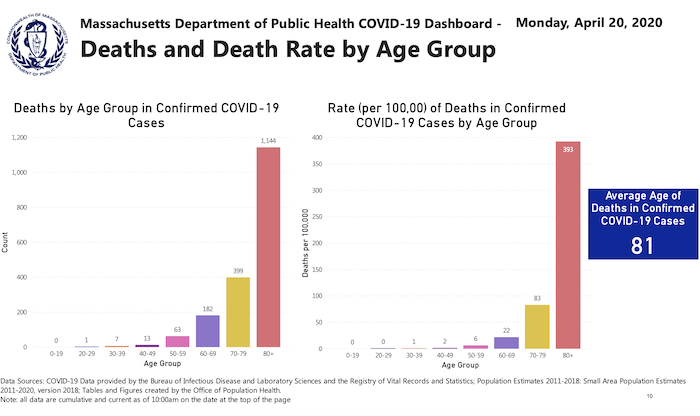 Second, 97.5% of the people that died had underlying health issues. 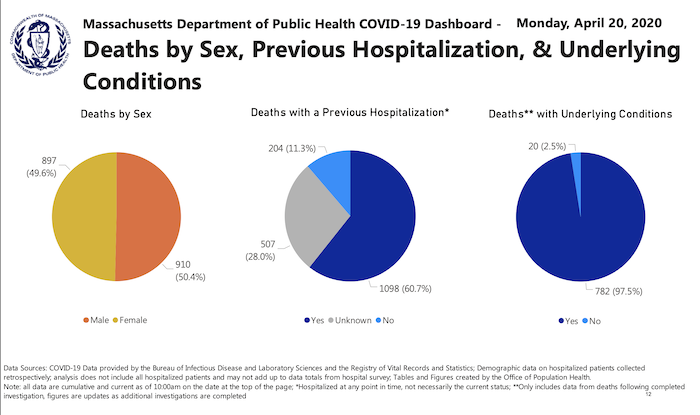 Finally, nearly a third of random participants in a Massachusetts study tested positive for antibodies linked with coronavirus, without even knowing they had COVID-19.

The Mass. General study took samples from 200 residents on the street in Chelsea, MA. Participants remained anonymous and provided a drop of blood to researchers, who were able to produce a result in ten minutes with a rapid test.

Sixty-four of the participants tested positive – a “sobering” result, according to Thomas Ambrosino, Chelsea’s city manager.

This means a very large percentage of the population has COVID-19 and doesn’t even know it because they don’t get sick or the symptoms are so mild they don’t notice it. Elderly are already dying in large numbers while we have our state locked down, suggesting that the problem is likely with the nursing homes and a lockdown isn’t going to

I’m not suggesting we open up Massachusetts like it was pre-coronavirus. What I’m saying is it’s time to let the least vulnerable population go back to work and perform everyday activities with new precautions in place (no concerts, major sports evets, etc.) while protecting the most vulnerable population. Continue to lock down the nursing homes, ramp up testing and of course the social distancing and washing hands that have been so impactful. The experts need to tell us the best way to open back up and I’m sure it will be a phased approach, but the conversation needs to start today and the actions need to come sooner than later or the economic damage could be devastating.

RI has a good plan to start reopening: 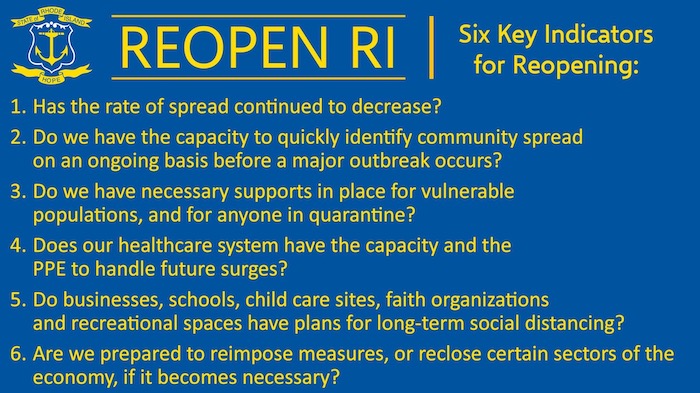