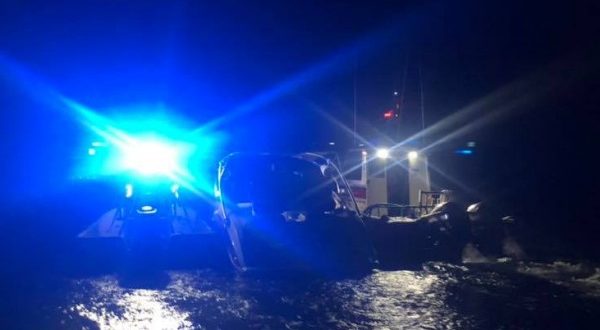 “On Sunday evening numerous emergency services were dispatched to a report of a vessel sinking in the vicinity of the Cape Cod Canal with multiple people on board and in the water. 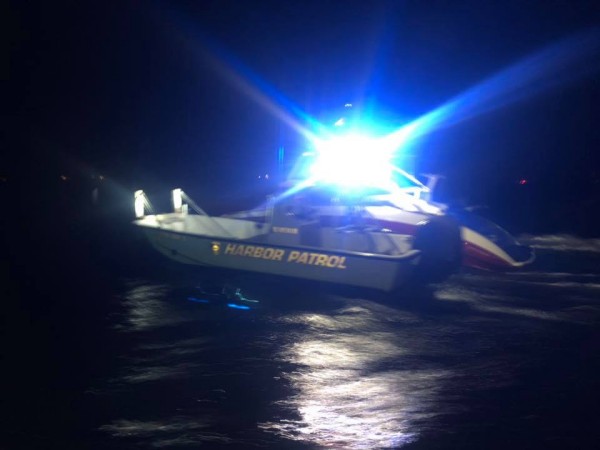 The vessel in distress, a 24-foot bowrider type vessel with six people on board had taken a significant wave over the open bow. As the wave flooded the entire open cockpit of the vessel with water it reportedly washed one person overboard without a lifejacket on. Struggling to tread water due to sea conditions, a person on board the vessel in distress with a lifejacket on jumped into the water and assisted the person until emergency services arrived.

Within minutes of the call, the vessel in distress was located in Hog Island Channel near Green Can #15 and the Onset FD M-1 Boat Crew was able to successfully pull the two people from the water. WDNR and OFD were also able to remove the four additional people from the unstable and partially submerged vessel while trying to navigate the unfavorable sea conditions. Five of the six people were wearing lifejackets upon our arrival and thankfully all were accounted for. The individuals were transported to the Massachusetts Maritime Academy facility in Bourne for awaiting Fire/EMS personnel.

The vessel was able to be salvaged and towed to a local marina for haul-out by TowBoatUS Cape Cod/Plymouth and WDNR Marine Unit 5. 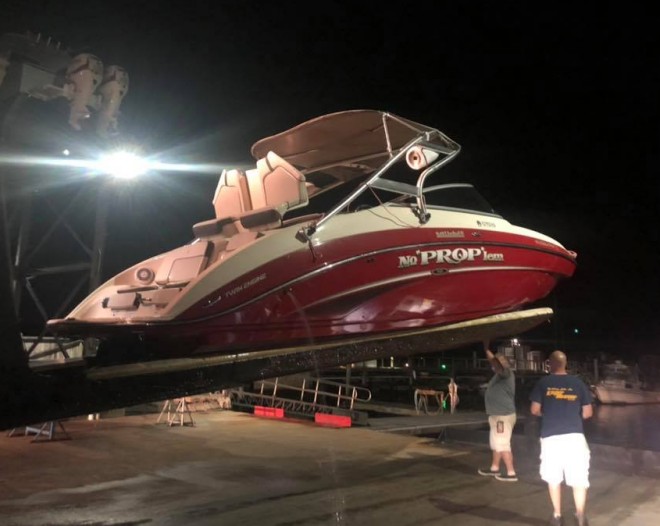 We would like to recognize and commend the efforts of those involved with this high-risk water rescue that could have had a multitude of different outcomes. First, thank you to the person wearing a lifejacket that entered the turbulent waters and assisted their friend that was washed overboard.

This act provided lifesaving time to the person in the water. Thank you to the Wareham Police Communications Officers who did an outstanding job gathering and relaying information to and from the people on board the vessel through the 911 call received as well as providing vital information to the variety of agencies responding to the scene. Great job and solid teamwork as always from our partners at Onset Fire throughout this incident.

Thank you to WDNR Officer McGuire and the crew at TowBoat US for stabilizing the vessel without incident or environmental impact and thank you to the crews of Wareham Fire, Bourne Natural Resources, Wareham Police, Wareham EMS, Bourne Police and Fire, as well as the Army Corp of Engineers Patrol Boat Belmont for your response and assistance!”-Wareham Department of Natural Resources.