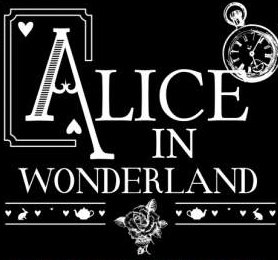 ONE Theater Group, Inc. to produce Alice in Wonderland

ONE Theater Group, Inc. is proud to announce its upcoming production of Alice in Wonderland. All proceeds from the show will benefit Community Autism Resources – a local service agency that assists families and professionals to meet the needs of children and persons living with autism in Southeastern, MA.

A new theater group to the SouthCoast, ONE Theater Group’s mission is to combine the performing arts with philanthropy. The group produces two shows annually, selecting a different charity or organization as each show’s benefactor. Ashley Bendiksen, Producer of ONE Theater Group, says that Community Autism Resources was selected as this show’s benefactor after receiving an overwhelming amount of nominations for the agency from the public. “The decision to select Community Autism Resources as our benefactor was an easy one. There are children and families living with autism all around us. While we know that all ages are affected, we really wanted to focus on kids,” Bendiksen says. “Tending to the needs of children is a great investment for our future. Community Autism Resources provides incredible support. They help children and families build a strong foundation to defy the odds and succeed.”

Barbara Domingue, Executive Director of Community Autism Resources, says, “The Board of Directors and Staff of Community Autism Resources were surprised and deeply honored by the news that One Theater Group would be donating proceeds from their production “Alice in Wonderland” to our agency!” She adds, “We admire the work they do and are grateful to them for their enthusiastic support which will assist us to continue our mission to assist those on the autism spectrum and their families, in our community. There is no way to fully express our gratitude.”

Alice in Wonderland is a family-friendly show that’s sure to entertain all ages. It tells the classic tale of Alice, who curiously follows the White Rabbit down a hole and finds herself in Wonderland. Along the way, Alice stumbles across a talking Caterpillar, a Mad Hatter and his tea party, Tweedle Dee and Tweedle Dum, the Queen of Hearts and her love for tarts, and many more peculiar characters. Her eventual arrival in Lookinglass Land brings her one step closer to finally returning home, but will poor Alice ever make it home?!

Tickets are $15 for adults and $10 for children. Seating is general admission. Purchase tickets online at www.onetheatergroup.com or anytime during normal business hours at the Millicent Library in Fairhaven. Tickets may also be reserved in advance by emailing onetheatergroup@gmail.com or by calling 508-525-9972. If seating is still available, tickets will be sold at the door.

The show features Sydney Carreiro as Alice, Patrick Long as the White Rabbit, Vanessa Medeiros as the Queen of Hearts, Ricardo Aguiar as the Mad Hatter, Kevin Mitchell as the March Hare, Taylor Cormier as the Caterpillar and Tweedle Dum, Daniel Guay as Tweedle Dee, Katie Gregory as the Duchess, Adriana Misteroni as the Cook, Kelsey Parent as the Red Queen, Erika Pires as the White Queen, Ayla Guillotte as the Mouse, Seth Sweeney as the Knave of Hearts, Ray Almeida as the Executioner, and Katie Dawson, Kristen Dawson, and Kristina Kane as the pack of cards.