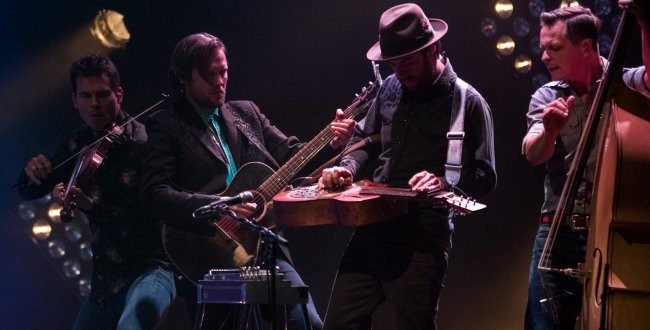 The well-renowned six-member band rocked the stage for nearly two hours and got many of the folks in the audience into the swing of things fresh off the first song. Among the tunes from the litany of instruments on stage (guitars, banjos, drums, fiddle, organ, harmonica, stand-up bass and many more), many who bought a ticket for their seat never even bothered with it.

The set included a combination of originals songs as well as covers paying homage to the band’s biggest influences, including Merle Haggard and Doc Watson.

Old Crow Medicine Show’s biggest hit, “Wagon Wheel,” is a favorite among many fans of folk, country or any other genre.

When the song came on toward the end of their set, the crowd could’ve been heard across the harbor in Fairhaven with the amount of excitement in the building.

Along with reaching certified platinum for “Wagon Wheel,” the band has also been decorated with many other awards such as two Grammys (Best Long Form Music Video, 2013; Best Folk Album, 2014) and an induction into the Grand Ole Opry in 2013.

All photographs by Josh Souza
[Show as slideshow]