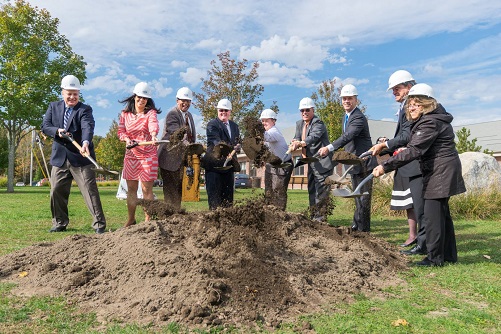 The renovation and expansion project will add approximately 26,000 square feet to the existing Sea Lab facility.  The new addition and renovated spaces will house Kindergarten through 5th grade and will have two classrooms per grade, plus a preschool classroom.  Along with the added classroom spaces, the new addition and renovated areas will include a gym, a media center, an expanded service kitchen, and various offices and a faculty room.  When construction is complete, the expanded facility on Portland Street will accommodate both the William H. Taylor Elementary School and Sea Lab.

Throughout the school year, the Sea Lab facility serves as a hands-on science learning site for visiting elementary students who attend science lab sessions on a rotating schedule throughout the year. During the summer months, Sea Lab offers an intensive schedule of science programming all day.  The Sea Lab building is also serving as a temporary site for the John Hannigan Elementary School since the roof of the Hannigan School collapsed in 2006.  Plans are underway to rebuild a new Hannigan school at its old location.  Earlier this year, the MSBA agreed to cover 80% of eligible costs to construct a new Hannigan.