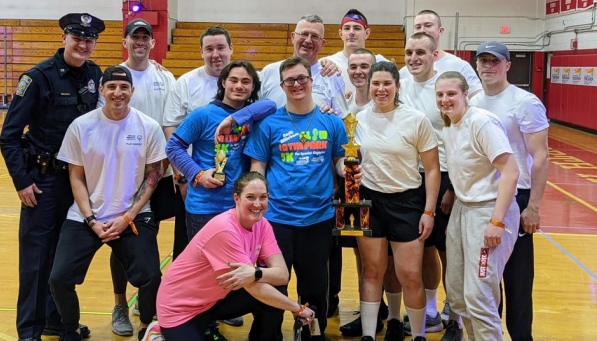 “Our MPD Dodgeball Squad “ThrowBo-Cop” took home the trophy at the inaugural Glowball Dodgeball Tournament to benefit Special Olympics at North Attleboro High School! The team dipped and ducked through round robin play to set up a showdown with Spongeball Dodgepants for the championship.

Despite a stellar display of ground game by Detective Walsh, who avoided a barrage of Spongeball fury like an over-caffeinated cheetah, the ThrowBo-Cop crew were forced to a winner-take-all final game. Down to the final 30 seconds, and up against a 2-on-1, Detective Pennie appeared to float upon the court like a fluorescent gazelle, evening the sides so that time expired, forcing a sudden death overtime! It was then, just moments into OT, that we sent Spongeball back to his pineapple. 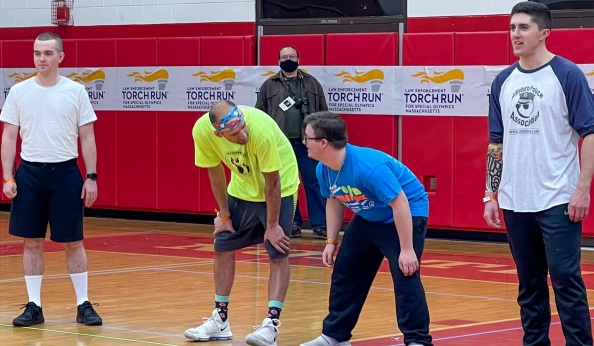 Thank you to those who have donated and, if anyone would still like to donate, we have 5 official Team ThrowBo-Cop shirts (3 XL and 2 L) to the next 5 people who want to make a donation of $50 or more!! Follow the link here and send us a PM after your donation with your address.

Thank you to everyone who participated, volunteered, or helped make this event possible!” -Mansfield Police Department. 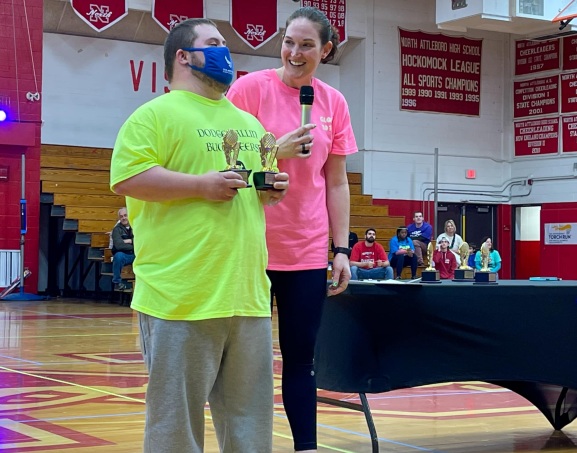 Over $5,000 was raised for Special Olympics Massachusetts and the North Attleboro High School Unified Sports Program.

Thank you to all our volunteers and everyone who came out to support the event…time to start training for next year!” -North Attleboro Police Department. 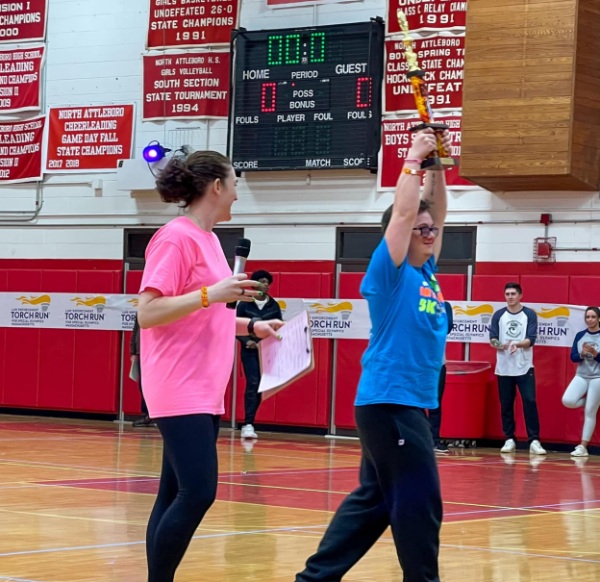