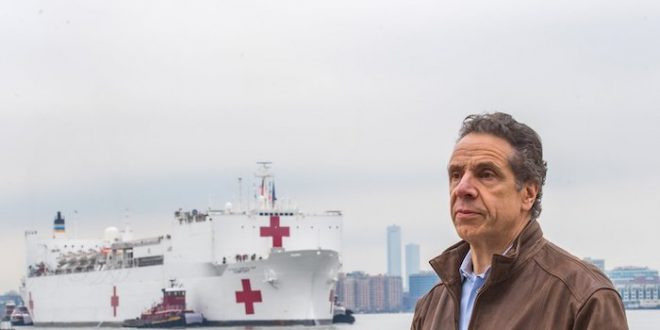 New York Gov. Andrew Cuomo said Sunday that his state has already identified 400 ventilators that it could send to Massachusetts.

New York and especially New York City had been the primary epicenter of the COVID-19 pandemic in the United States, but the Empire State has seen encouraging numbers in recent days and Cuomo has suggested his state has reached the apex of its curve.

Massachusetts is “right in the middle of the surge now,” Gov. Charlie Baker said Sunday and has for weeks been working to secure more ventilators. Cuomo said Sunday that he has spoken to Baker and told him that New York is going to “be there for you” and could deliver 400 ventilators to Massachusetts “on 24 hours notice,” CNN reported.