Home / History / The When, Where, How, and Why of Our New Year’s Celebration – Shaghul Zagmuk! 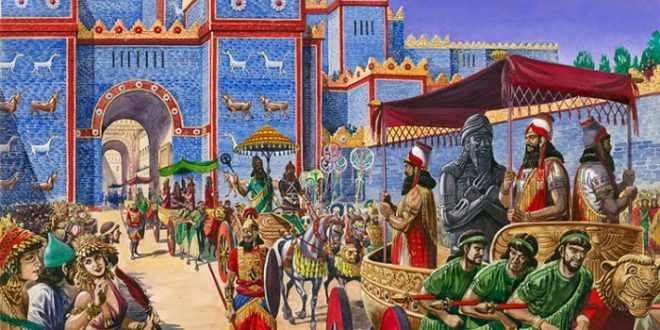 The When, Where, How, and Why of Our New Year’s Celebration – Shaghul Zagmuk!

New Year’s Eve is a celebration that most Americans participate in, yet very few understand the reasons why beyond ushering in a new year and a fresh start. When did this holiday come about? What were the first celebrations like? Is this a distinctly American or Western holiday? Do they celebrate it in Africa and Asia? Is there a religious origin? Who determined when a year begins and ends?

Let’s have a little fun and explore these questions and more.

The new year’s celebrations has its start over 4,000 years ago in Mesopotamia and has its base in agricultural or astronomical events. Believe it or not, these first New Year’s celebrations began were celebrated around the time of the vernal equinox, in mid-March coinciding with the first new moon. This was when there was an equal amount of daylight and darkness and represented the “rebirth” of the natural order.

This ushering in of the New Year had a religious element to it and was named after the Sumerian god of Barley, Akitu, since this was the time of year that barley was typically harvested. Get this – it was an 11 day celebration. Imagine celebrating for 11 days? That’s one major celebration followed by ten “Hair of the Dogs.” Another religious element involved the god of the sky, Marduk – he was the one responsible for defeating the evil goddess of the sea, Tiamat in a great battle at this time of year. For the record, if Sumer still existed they’d be celebrating their 6766th New Year with a hearty “Shaghul Zagmuk!” 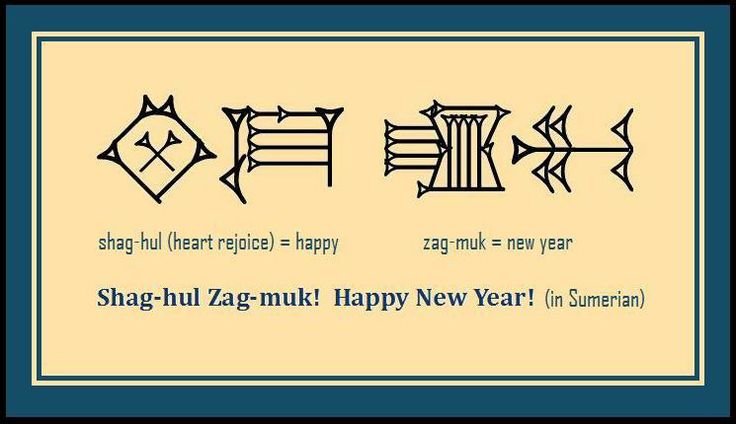 Regardless of the reason for the celebration, I’m sure no arms were twisted to get people to participate. Anyone civilizations that began to sprout of the next centuries surely enjoyed themselves at these celebrations and the idea spread.

Of course, it goes without saying that some civilizations celebrated at this time of year because of the agricultural connection and thus the celebration was made part of their culture independently. Chronologically speaking, ancient Egypt was next to arrive or depending on which historian you ask, it sprouted up around the same time. Ancient Egyptians, however, celebrated their new year in the Fall as opposed to March, because this coincided with both the annual flooding of the Nile and “rising” of the star, Sirius, thus tying together bother the agricultural and astronomical aspects.

The common thread of all these civilizations is the astronomical element and the arrival of an equinox or solstice.

Rome would come along and they celebrated it on March 1st, when their consuls first entered office. The rub here though, is that March was the beginning of their new year and the choosing of the first day of the new year makes them the first civilization to add a calendrical element. The Roman calendar at this time only had ten months – which explains why the names of our months which are in Latin don’t coincide numerically. For example, October in Latin means the 8 month, like the 8 sided octagon, yet it’s our tenth month. Same goes for September, November, December. 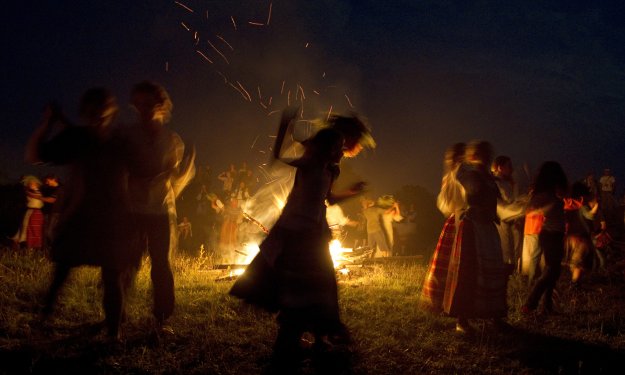 Around 700 B.C.E. the Roman king Numa Pompilius added February and January, in that order, and insert them between December and March, pushing March into its role as the third month, but still the first of the year. Argh! The Romans were all over the place with their calendar. Numa’s idea was to sync the sun with their calendar, thereby increasing the length of the year to about 355 days. That got things closed, but for obvious reasons didn’t work. Incidentally, a few centuries later, in 450 BC, February was moved to its current position between January and March.

It would be in 153, B.C.E. that Rome would move the New Year celebration from March to its first month, January, but March was still considered the New Year. It would be until the arrival of Julius Caesar, that things would change. In 46 B.C.E. he would dump the Roman calendar for…you guessed it, the eponymous Julian calendar.

He added ten extra days to sync accurately to the sun and added the leap year. He would also move January – named after Janus, the Roman god of change and beginnings – to the forefront of the calendar. All this confusion and bedlam with the months caused quite a mess. To correct it all, Julius and to “hard reboot” the calendar. That year was called the “last year of confusion,” but it was a doozy: it had 15 months and 445 days. The names of these “extra” months have been lost to history.

As we all know, Rome was considered polytheistic and/or pagan and with the advent of Christianity that was a no-no. The church would hold a meeting in 567, called the “Council of Tours” and they decided to abolish the idea that January 1st was the beginning of the year. Many parts of Europe would make the birthday of their lord and savior, December 25th, the start of the New Year.

Thus things would remain until 1582 with the adoption of our current calendar, the Gregorian calendar, by Pope Gregory XIII. What’s up with the egomaniacs and naming entire calendars after themselves? Not entirely a replacement, but more like a refinement or renovation. This reform placed January 1st to its former glory as the first day of the new year and one to celebrate.

While we no longer use the day to celebrate Akitu, or need it to mark the winter solstice, like the Romans we use the day hedonistically for the most part. Many Americans either celebrate with a feast at a fancy restaurant, drink lots of wine, beer, and spirits and do a pub crawl or head to a party.

In a world where Akitu is no longer relevant and the marking of the winter solstice simply isn’t an important time of year agriculturally, the only other reason for the celebration besides the ones I mentioned are for a sort of rebirth. This is when the resolutions come out of the woodwork – resolutions that typically get people to re-evaluate the prior year’s mistakes, errors and failings and give it a more spirited and valiant effort. We want to revisit our life’s objectives, re-tackle our issues and reinvent ourselves into something better.

That’s a good excuse as any to celebrate the new year. Shaghul Zagmuk!

When Joe isn't writing, he's coaching people to punch each other in the face. He enjoys ancient cultures, dead and living languages, cooking, benching 999#s, and saving the elderly, babies and puppies from burning buildings. While he enjoys long walks on the beach, he will not be your alarm clock, because he's no ding-a-ling.
Previous Faces Of New Bedford #83 – Ian Abreu
Next New Bedford Domestic Abuser Sentenced to Prison