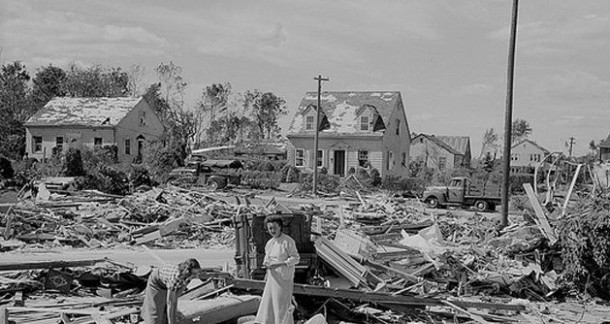 New England’s History of Catastrophic and Deadly Tornadoes and Earthquakes

When natural disasters like tornadoes and earthquakes come up New England isn’t the first region to pop up, but rather Central United States’s Tornado Alley or Alaska and California, respectively. Most think of hurricanes, Nor-easters, and blizzards.

However, in fact, New England in general and Massachusetts specifically, have had our share of both. Mind you, we don’t have them at the scale and frequency of those regions mentioned above, but they do happen. Even recently as January of 2018, we experienced at least 10 earthquakes in one month and historically we’ve had a dozen tornadoes powerful enough to have killed people. That’s a relatively good track record considering we average 8 tornadoes a year. Yes, eight.

Out of those 8 tornadoes, 200 people have been killed and we’ve even had two of the most destructive in the nation’s history: one in Connecticut in 1979 that cost an equivalent in today’s money of $690 million dollars in damage and another in Worcester in 1953 killed 94, destroyed thousands of homes leaving tens thousand homeless, unlike the former which kept its destruction in a smaller swath. 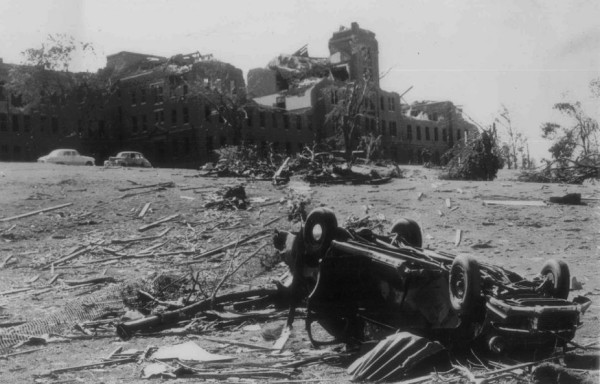 You can view footage made of the Worcester Tornado here

Notable other ones are the 1898 tornado that hit Hampton Beach, New Hampshire where over a hundred people took refuge in a skating rink which collapsed on them killing 3, injuring 120. 5 people in a yacht were drowned when it capsized. In 1979, one actually hit a boy scout camp in Paxton, Massachusetts, and killed two scouts.

So, while we have infrequent tornadoes, we have the morbid distinction of having twelve deadly ones and two of the costliest. Seven of those New England’s twelve were right here in Massachusetts.

When I was a child of about 5-6 years old I lived in a place off the water called Rocky Nook in Plymouth. I distinctly remember the hoopla and bedlam of the neighborhood once they were made aware of the impending tornado. People were placing particle board up over their windows and doors, tying down everything they could, and placing their cars inside their garages. I also recall the genuine concern and worry on people’s faces.

When the sky became gray and gloomy, we could see the distinctive funnel – though weak – across the water. That was a pretty terrifying sight for a 5-year-old and while this tornado was likely extremely weak and not one that was historically memorable, the rain and wind that accompanied it did so damage to all the homes at Gray’s Beach. I recall heading outside after everything calmed down and seeing seaweed, driftwood, even crabs, horseshoe crabs, and lobsters on the street and on top of people’s homes. 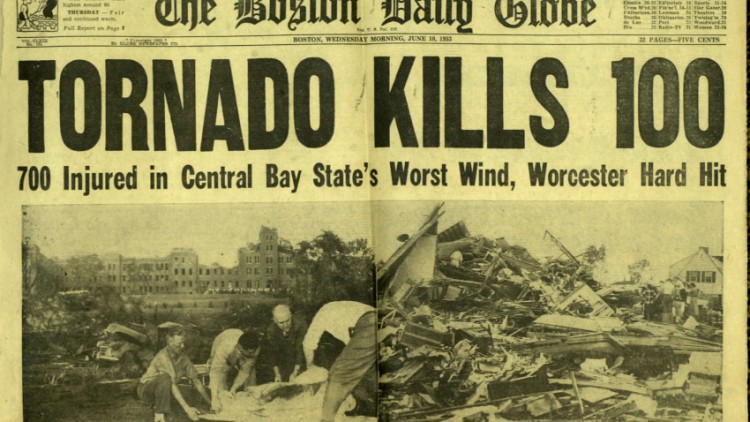 When it comes to earthquakes we could generally classify them as tremors since the vast majority of them barely go higher than 2.0 on the Richter Scale. However, there have been earthquakes that have led to loss of life and done significant financial damage. Many don’t know that like the faults in California that cause their frequent and catastrophic earthquakes, Massachusetts has fault lines of its own.

For the more astute of you, you know that earthquakes are caused by stress building up along fault lines and then being released. The magnitude of the earthquakes is directly juxtaposed to the length of the fault and while there is a “spiderweb” of faults throughout New England, we have nothing that even comes close to those out west.

In recorded history, the largest two earthquakes we had were the Sanbornton, New Hampshire earthquake of 1639 and the Cape Ann Earthquake of 1755. The 1639 earthquake happened when few records were kept and technology wasn’t so robust, so not much is known about the exact epicenter and its exact registration on the Richter Scale but it is thought to be a 6.5 or higher.

The Cape Ann earthquake of 1755 does have more documentation and it registered approximately 6.0 on the Richter Scale. Fortunately, no one was killed but it was massive enough that those in South Carolina felt it as did sailors as far as 200 miles out to sea. Some of these sailors closer to shore were rocked so powerfully that they thought they had run aground or beached their boats. 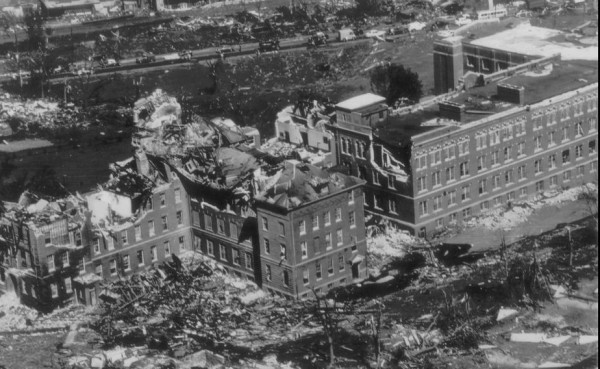 Since this was 1755 and we don’t have the massive cities we have today, the only major effect it had was on the religious Puritans who were frantic about punishment from God. Perhaps all that working on a Sunday, swearing, and premarital sex came at a price. Locals thought so, and not only was the earthquake the center of many sermons and publications, but a slew of fast days was enforced along with special prayer services.

Apparently, the irony and hypocrisy of an immoral act being punished by an even greater immoral act – an earthquake leading to the destruction of homes and livelihoods, as well as any loss of life – would make sense. That’s some odd moral compass and strong Kool-Aid.

If a 6.0 earthquake were to hit Boston today, it would be catastrophic and certainly lead to loss of life – perhaps hundreds of souls. It is estimated it would do somewhere in the range of $5 Billion dollars of damage to Boston alone. As long as nothing happens to Fenway Park, there shouldn’t be much hoopla.

Since the 1755 Cape Ann earthquake was more than 250 years ago that means we’re good for anything Armageddon-like in our lifetime, but overdue for one of those 5-6.0 earthquakes which can certainly be devastating. 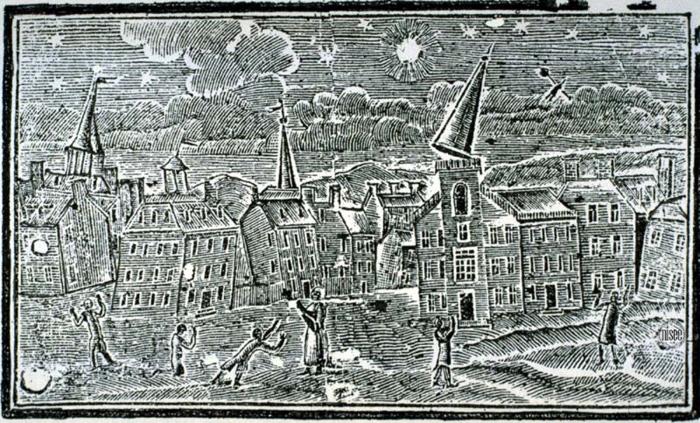 When Joe isn't writing, he's coaching people to punch each other in the face. He enjoys ancient cultures, dead and living languages, cooking, benching 999#s, and saving the elderly, babies and puppies from burning buildings. While he enjoys long walks on the beach, he will not be your alarm clock, because he's no ding-a-ling.
Previous Scammers turning $1 bills into $100 bills to deceive detector pen
Next Moderate to heavy snow to impact afternoon commute in RI and MA