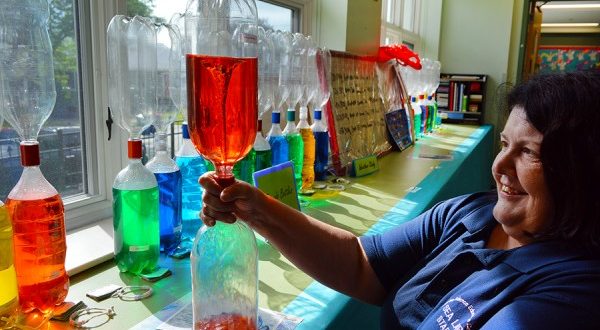 Simone Bourgeois, Sea Lab Facilitator, welcomed families, friends, and special guests including city and state officials. In her remarks, Ms. Bourgeois noted the program’s continuous growth since its founding in 1968 with 12 students and one teacher “to the 2019 enrollment of three hundred twenty students, grades three through nine, and forty-two staff members.” 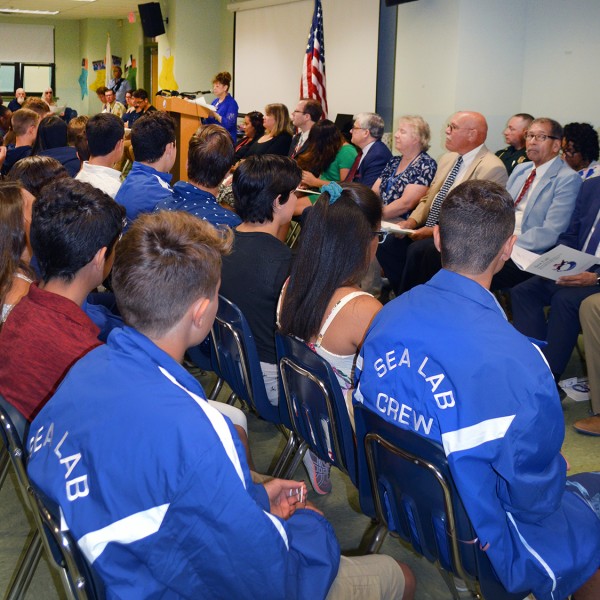 Sea Lab founder, Paul Levasseur, was honored for his 51 years of dedication to the growth and success of the program.

The keynote address was delivered by Dr. Stephen M. Coan, president and CEO of Sea Research Foundation, which operates Mystic Aquarium, a longtime educational partner of Sea Lab. Animal behaviorists from Mystic Aquarium have visited Sea Lab every Wednesday for nearly fifteen years, traveling from Connecticut to instruct fourth and fifth-grade students on “North Atlantic indigenous flora and fauna and the importance of being a caretaker of the natural environment.”

Historically, Sea Lab has existed as a six-week summer program servicing academically serious students since 1968. Sea Lab is a forerunner in educational practices: a school focused on introducing university and high school level science concepts and related marine activities to pre-university students, Kindergarten through Grade Twelve. The success of the summer program precipitated the implementation of an academic year program in 2000, which was established to expose a larger population of New Bedford Public School students to the realm of marine and aquatic sciences.

Since 1968, Sea Lab has been located by the sea on the Fort Rodman peninsula, New Bedford, Massachusetts. Presently, Sea Lab is housed in a state-of-the-art science laboratory center constructed primarily to educate New Bedford Public School students interested in studying principles of oceanography, limnology, meteorology, physics, chemistry, geology, biology and robotics as related to the marine and aquatic environments.

The teaching materials, selected and/or developed by the instructors for presentation at different grade levels, illustrate the desire to achieve a balance between the introduction of basic scientific concepts and the discussion of observable phenomena. Sea Lab curriculum is designed to be progressive and cumulative from the third grade to the ninth grade. The current Sea Lab Program is an inquiry based, high interest, hands-on, intensive course of study designed to appeal to the serious student. Practical outdoor skills, such as swimming, sailing, snorkeling, boat building, and crew are also integral to the summer Sea Lab experience.

In addition to offering challenging academic activities, Sea Lab students participate in field studies conducted along the Massachusetts and Rhode Island coastlines. Students also have the opportunity to participate in on-going scientific research with local, national and international colleges and universities.

The Academic Year, full-time Sea Lab Program commenced in 2000 as an extension of the summer Sea Lab Program. Student instruction occurs on a daily basis from September through June at the marine center. The curriculum of the academic year program focuses on but is not limited to the Massachusetts Science Standards. It is designed to increase the science content knowledge of New Bedford’s third, fourth and fifth graders and provide these students with the opportunity to participate in real science laboratory experiences. Hands-on lessons are designed to introduce marine sciences as they apply to the 2016 Massachusetts Science Curriculum Framework Standards of Earth and Space Science, Physical Science, Science and Technology with a marine studies component, and Life Sciences focusing on Marine Biology, with microscopy, robotics and dissection emphasis. Field studies to East Beach in New Bedford are conducted with the intent of gathering marine and geological specimens. This hands-on, marine-based curriculum is designed to be multidisciplinary and inquiry-based.