The city of New Bedford could have its first adult-use recreational marijuana dispensary open by the end of the year.

Andrea Cabral, CEO of Ascend Wellness, told New Bedford Guide in an interview Monday that now that the company has been approved for a special permit by the city’s Planning Board, they hope to have construction complete and doors open in the fourth quarter of 2021.

“The planning board was the big one,” she said. “We got the approval, so we’ll move forward with the build out.”

Ascend, known in its city application as Southcoast Apothecary, will open at 115 Coggeshall street, in a historic building between Popeye’s and the Riverside Landing, where for years The Fringe Factory manufactured fringe for rugs and clothing. The building sold for $700,000 in August 2020.

“We build really beautiful stores,” Cabral said. “It’s a great location. We take in the surrounding neighborhood and what we’ll bring to that neighborhood. The look of the store, the customer flow-through, having a best-in-class menu and providing the best-in-class retail experience are our priorities.” 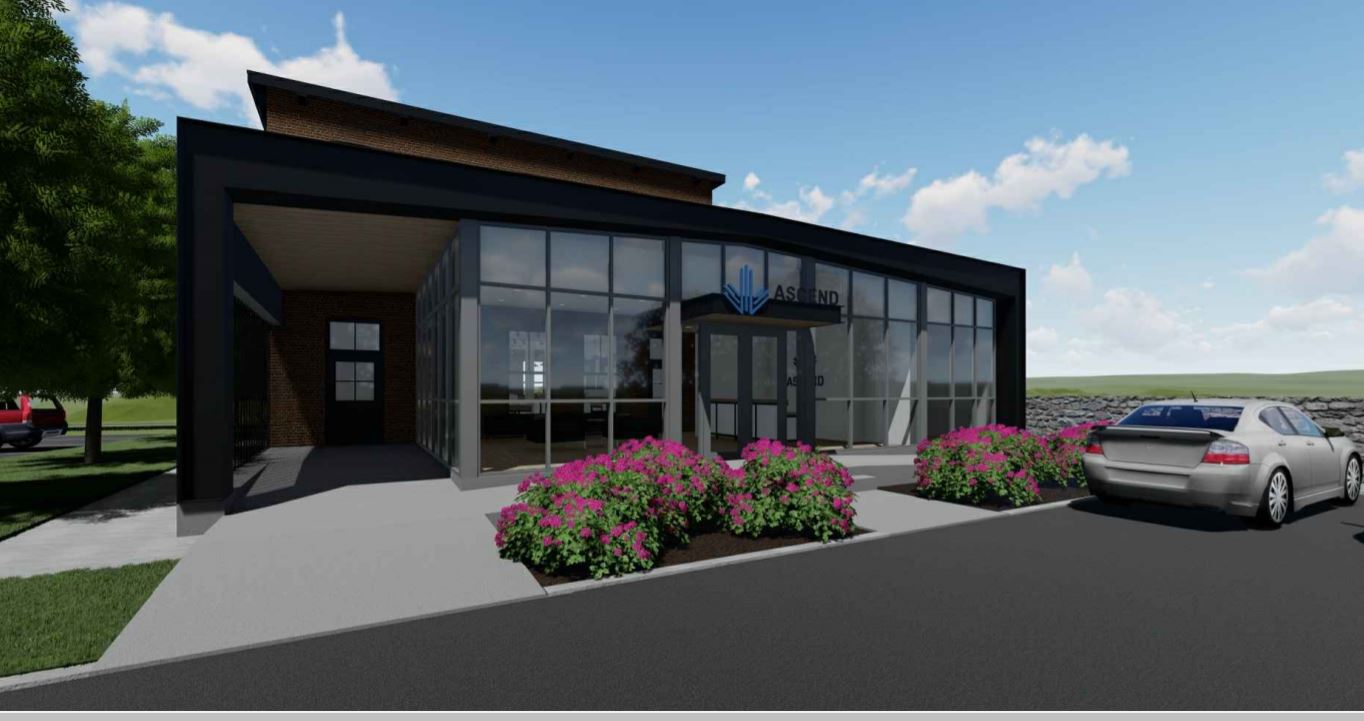 Ascend was one of three retail marijuana businesses that were granted host agreements by Mayor Jon Mitchell in September 2019, but is the first to clear the city’s planning board.

“The planning board was the last approval,” the mayor said on Thursday live on New Bedford Guide. He went on to say: “How long will it take Southcoast Apothecary to set up shop on Coggeshall Street? I’m not sure, it’s really just a matter of how quickly they can get their building built and their business up and running, which I expect will be a matter of months.”

Cabral, a former Suffolk County Sheriff, praised how the city approached the process. “We’ve had a lot of experiences with different municipalities across the state and it’s always a learning experience and in the case of New Bedford, a very pleasant one,” Cabral said. “When you go into a municipality, everyone has their own priorities and the (New Bedford) Planning Board has been, and continues to be, very thoughtful. They had really good questions and pretty deep knowledge.”

As part of its approval, Ascend — which received its provisional license from the Massachusetts Cannabis Control Commission in August 2020 — responded to several comments from the board and made adjustments, such as adding a trash compactor to reduce the amount of dumpster space in the plaza and agreeing to renovate a corner of the building to allow easier truck access.

A traffic study was conducted by the law firm Fuss & O’Neil, which found “the proposed development … will not have a significant impact on traffic operations within the study area.” The study noted that even at peak usage, the lots surrounding the Ascend building only reached 44 percent capacity with 146 parking spaces. The renovated Ascend building will also have 16 of its own spaces.

Ascend plans to be open from 9 a.m. to 9 p.m. and will offer a variety of flowers, edibles, vapes and infused products, both from its own line of products, Ozone, which are produced at its MassGrow facility in Athol, and from third-parties.

“We are growing our own brand, but we will also carry well-known brands by other companies so customers will have the widest variety,” Cabral said.

As part of its community host agreement with the city, Ascend will submit an initial payment of $25,000 to the city, then will contribute 3 percent of its sales each year to the city. The mayor said he expects those payments to start hitting the city tax rolls in about a year. That money will go into the city’s general fund.

In addition, Ascend is required to give preference to city residents during its hiring process. Cabral estimated they will employ more than 30 people between full and part-time hires. 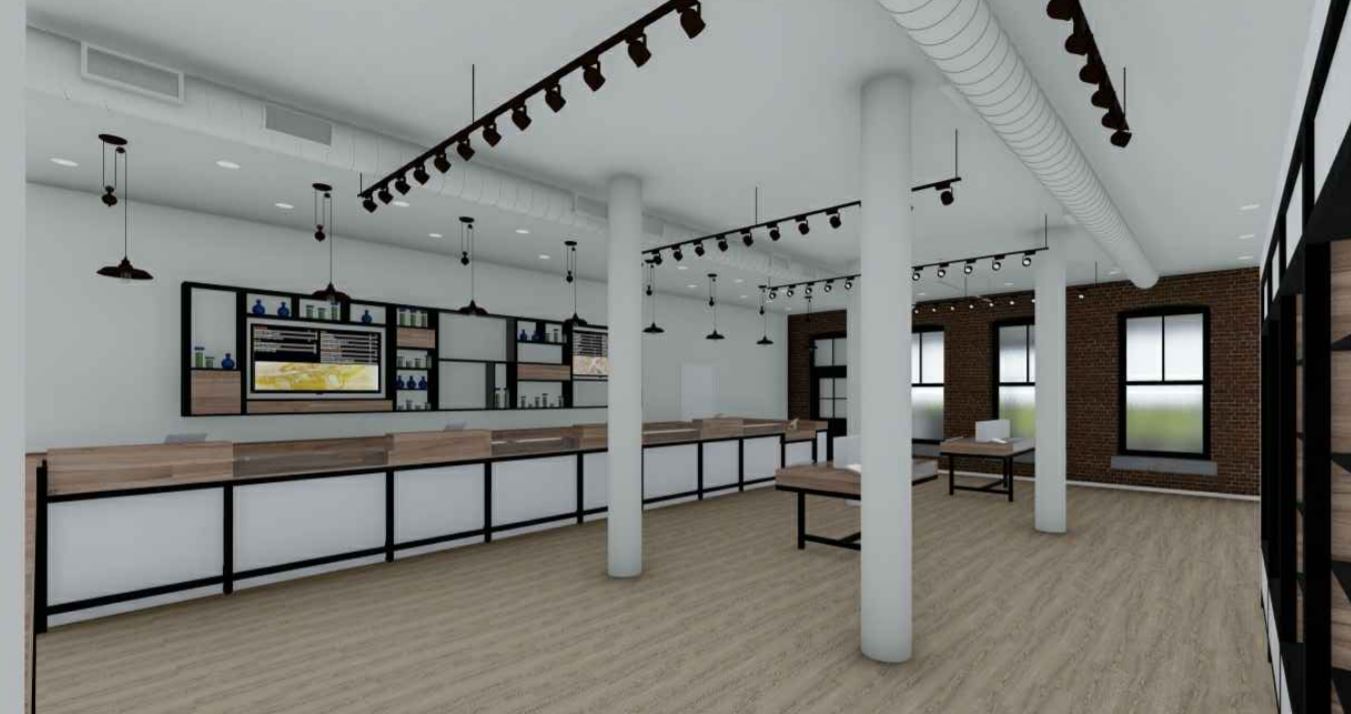 “We want an incredibly diverse staff working there,” she said. “Our workforce will reflect the demographics of the city. We’re very intentional about that. We’re a place for everyone and we want our staff to reflect that.”

Ascend will also be required to contribute $50,000 or 1.5% of gross retail sales to New Bedford-based organizations that deliver substance abuse prevention and education programs.

Ascend is slated to open its first Massachusetts location, a flagship location on Friend Street in Boston in May, which will be followed by a location in Newton and one in New Bedford. The company currently operates five stores in Illinois and one in New Jersey.

“New Bedford has been on the move for a long time,” Cabral said. “We really do try to do our homework before we go into a municipality to get a sense where the city is going and how they’ve been building and renovating and updating — both private and government efforts to enhance the city and improve the city — and New Bedford has been very focused on improving the city for years. It’s a good environment to be in for new retail.”

While Ascend is poised to be the first recreational retail pot shop in the city, it isn’t New Bedford’s first marijuana business. ARL Healthcare is a marijuana growing facility located in the business park in the city’s far North End that opened in early 2020.

“They’ve been going for a while now and we haven’t had any issues with them,” Mitchell said.