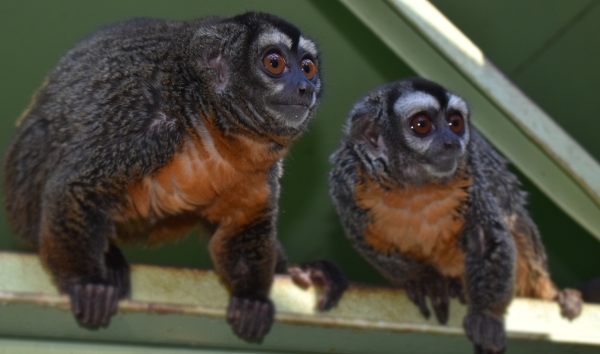 BPZOO is now home to a pair of Ma's Night Monkeys - Alexander,10, is on the left and Supressa, 7, on the right . Photo Credit - Jessica Martinho,

Winter is in full effect in New England, but BPZOO is looking ahead towards spring – and looking forward to introducing three brand new species to Zoo guests when it finally arrives.

These three unique species were sent to New Bedford as part of collaborative programs of the Association of Zoos and Aquariums (AZA). The Zoo participates in many collaborative programs, including AZA Species Survival Plans (SSP). The goal of an SSP is to cooperatively manage animal populations to ensure the sustainability of a healthy and genetically diverse population while enhancing the conservation of this species in the wild.

Currently residing in BPZOO’s innovative Rainforests Rivers & Reefs building, which showcases South American primates, birds, reptiles and fish among four mixed species rotational habitats, is a pair of Ma’s night monkeys, also known as owl monkeys. Alexander, 10, and Supressa, 7, are two of only five Ma’s night monkeys at just three AZA accredited institutions. The pair came to BPZOO from a conservancy in Miami, Florida and have been acclimating to their new home since their arrival. Ma’s night monkeys are nocturnal primates with short, dense and soft fur. They have characteristically large eyes to aid in their nocturnal lifestyle and their hands are well developed for grasping. 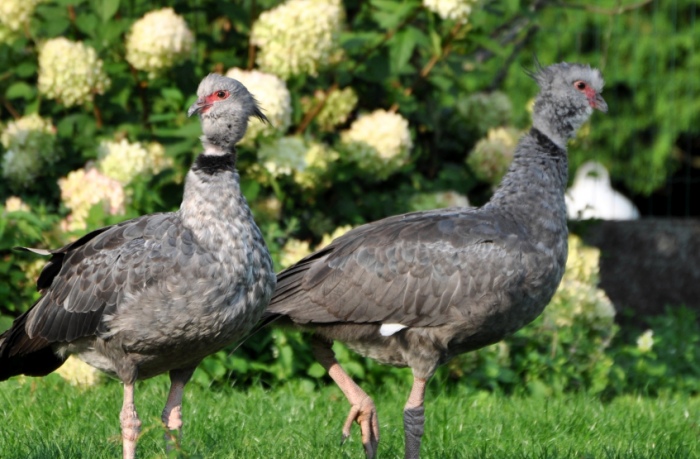 A new species to BPZOO, the southern screamers, will be visible this spring at the pudu habitat, across from the Asian elephants. Photo credit – Ian Gereg.

Keith Lovett, Buttonwood Park Zoo Director, is also Chair of the AZA New World Primate Taxon Advisory Group. “Although Ma’s night monkeys are a nocturnal species that will be less active during the day, the Zoo expects them to be a crowd favorite during our many nighttime events and programs throughout the summer. We are very pleased to be able to allow guests the opportunity to learn about this species that is maintained at very few zoos across the country.”

Hailing from north central Amazonian neotropics of northern Peru and western Brazil in South America, Ma’s night monkeys form small groups of two to five individuals who are all directly related and remain in constant contact with each other through a sequence of squeaks, whistles, and trills. Typically found in lowland tropical rainforests, Ma’s night monkeys occupy the upper levels of the canopy at night, foraging for fruits and flowers. They are listed as Vulnerable on IUCN’s Red List due to habitat loss in Peru through conversion of forests for rice cultivation, pasture and, more recently, palm oil.

Another species debuting at BPZOO this spring is a pair of southern screamers. Also known as crested screamers, these long-legged, non-migratory birds are most closely related to ducks, geese and swans – although one would not know that just by looking at them!

Native to Argentina, Bolivia, Brazil, Paraguay, Peru and Uruguay, southern screamers have large feet and long toes that aid them in navigating the marshes, lakes, lagoons and flooded grasslands that they typically call home. Their large feet also lack webbing, although they are still very capable swimmers. 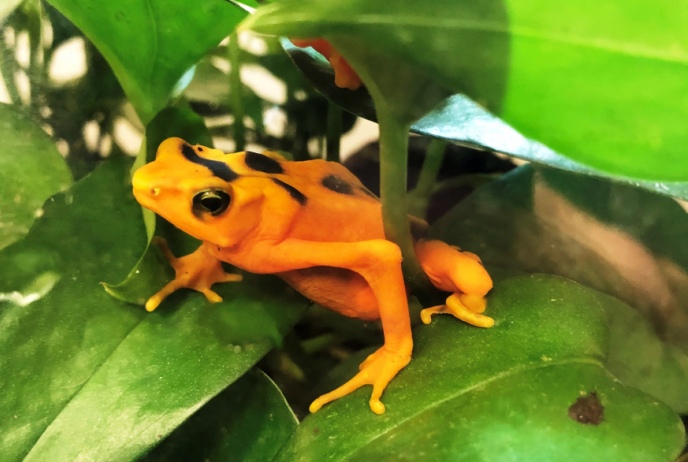 The critically endangered Panamanian Golden Frog will take up residence in lobby of the admissions building at BPZOO.

The trumpet-like call of a southern screamer, which has helped them earn their name, carries for several miles and warns other birds of approaching danger. Between their loud, far-reaching call, and the two sharp spurs they carry on each wing, southern screamers are the “guard birds” of their wetland habitat. As the weather warms, they can be seen on guard in the Chilean pudu habitat that opened in the summer of 2020, opposite of the Asian elephant habitat.

“At first glance, many think this incredible species with their long, scaly legs, large bony spurs on the edge of their wings, and cautious gait look pre-historic. The Zoo is home to many species of waterbirds, but the screamers are definitely visually unique,” said Lovett.

There are 81 southern screamers in 41 AZA accredited institutions – including the pair now residing here at BPZOO – and while their conservation status is currently listed as Least Concern, they are under increasing pressure from wetland habitat destruction.

The third and final species that will debut at BPZOO this spring is also the most critically endangered – the Panamanian golden frog. These four females, who arrived recently from the Nashville Zoo in Tennessee, are set to take up residence in one of the terrarium habitats in the admissions’ lobby of the Zoo.

Panamanian golden frogs exhibit a unique behavior only seen in a few frog species called ‘semaphore’ – a type of sign language – to signal to each other. They will “wave” their hands or raise and move their feet to defend their territory, try to attract a mate, or even to greet one another. 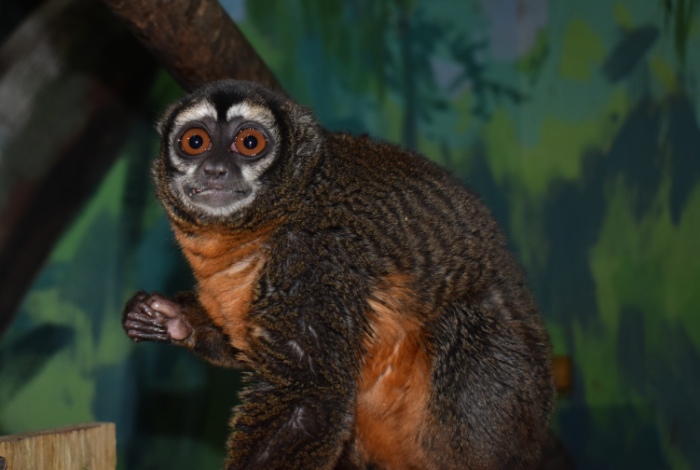 Panamanian golden frogs are critically endangered and it is believed that they may possibly be extinct in the wild. Scientists believe that an infectious disease called chytridiomycosis, coupled with pressure from illegal pet trade have caused the drastic decline in population – an estimated 80% in the last 10 years. Habitat loss due to deforestation and stream toxification from agricultural chemicals have also put pressure on this species. Panamanian golden frogs haven’t been seen in the wild since 2009 and if a population remains, it may include fewer than 50 mature individuals.

“The community is mostly aware of the Zoo’s efforts to conserve iconic species like Asian elephants and red pandas, but many smaller, less known species including the Panamanian golden frogs are at significant risk of extinction in the wild and are equally the focus of accredited zoos and aquariums of AZA,” stated Lovett.

The Buttonwood Park Zoo is located at 425 Hawthorn Street in New Bedford and is open from 9:00 am until 4:00 pm daily throughout the winter. Ticket prices for non-New Bedford Residents are $10 for adults/$6 for children 3-12; Ticket prices for New Bedford Residents are $7.50 for adults/$4.50 for children 3-12. All tickets must be reserved online, in advance of your visit, at bpzoo.org. For more information, visit www.bpzoo.org or call (508) 991-6178.

When Joe isn't writing, he's coaching people to punch each other in the face. He enjoys ancient cultures, dead and living languages, cooking, benching 999#s, and saving the elderly, babies and puppies from burning buildings. While he enjoys long walks on the beach, he will not be your alarm clock, because he's no ding-a-ling.
Previous Would You Eat a 3D Printed Steak?
Next 40-year old man, repeat offender, sentenced to prison for assaulting and robbing New Bedford woman