The Revere Bell is a cherished local artifact that is an important part of Fairhaven’s local history. The bell is being located, and students at Greater New Bedford Voc-Tech are integral in this process. Our students worked on a model of the cupola that once housed the Revere Bell at Oxford School located in Fairhaven, MA. The bell and new cupola housing will be located on the right side of Townhall behind the flagpole area in Fairhaven. Under the direction and leadership of Greater New Bedford Regional Vocational Technical High School, students will create and build the housing for such an important piece of local history.

The Paul Revere Bell was cast in 1796 at Revere’s foundry in Boston MA. The bell was entered into Revere’s ledger on May 24, 1796. 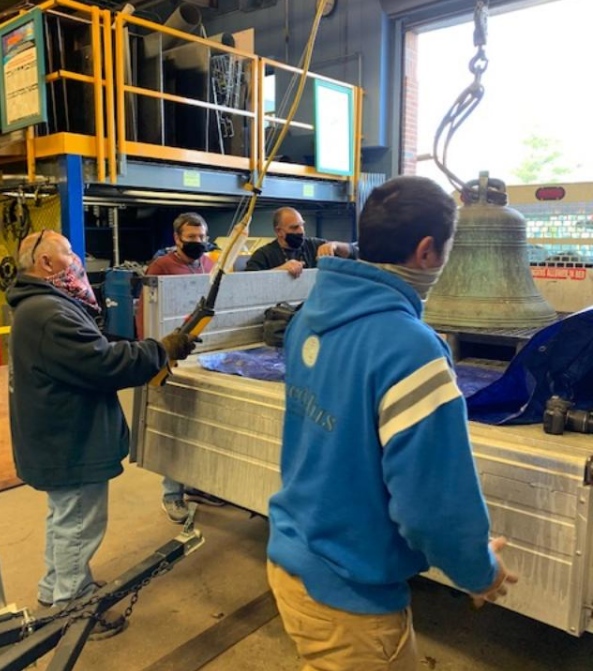 The bell was ordered by Isaac Sherman, Samual Proctor of the Second Church of Christ in New Bedford. The church and meeting house was built in 1794 and was located where the Euro building now stands in the center of Fairhaven. In 1796 there was no town of Fairhaven, it was all New Bedford. The bell was put into the cupola on top of the church/ meeting house. The original structure no longer remains. The bell stayed at the building until 1914.

The Revere bell cost 100 pounds and 16 shillings and was paid by cash. The bell itself was listed at a weight of 756 pounds and bears the inscription. “ The Living to the Church I Call and to the Grave I Summon All” the cost and paid by cash was entered into Revere’s logbook and initialed in the corner by Paul Revere himself.

The Bell was the 12th bell cast at the Revere Foundry and is the 3rd oldest known bell in the world. The bell was picked up in Boston at Davis Wharf by the sloop Free Love & Polly under Captain Mosir.

In 1812 when Fairhaven became a Town the church changed its name to the First Congregational Church of Fairhaven. In 1914 The Town of Fairhaven added onto the Oxford school and built a cupola and purchased the bell from the church and installed it on top of Oxford where it stayed until present day and its history long-rumored and forgotten. 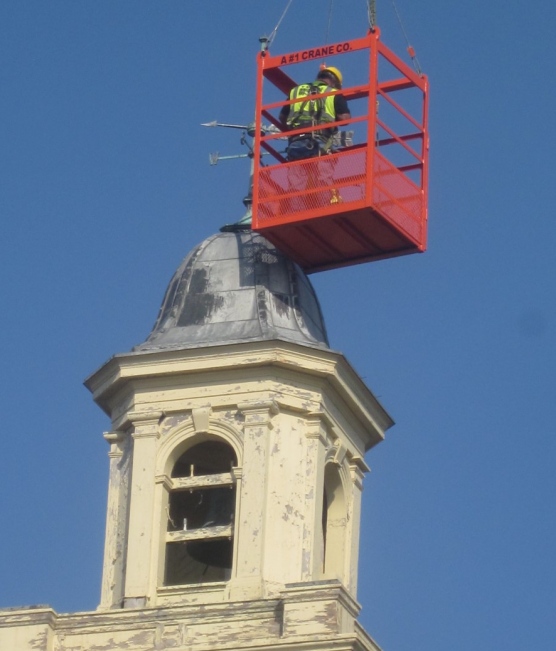 The bell was researched by Doug Brady, Chair of the Fairhaven Bell Committee along with the Paul Revere Museum Director, who brought the history of the bell back to life and recognized its importance as a national and town treasure.

The bell was removed from its original place because Oxford school was closed and sold off to become a housing complex and would no longer be owned by the town of Fairhaven.

Many years from now, the former students will be able to look upon the cupola at townhall and tell their children they helped build the design and history of the Revere Bell. Greater New Bedford Voc-Tech students and faculty involved in this extremely impactful project are honored to be working with this piece of local history. 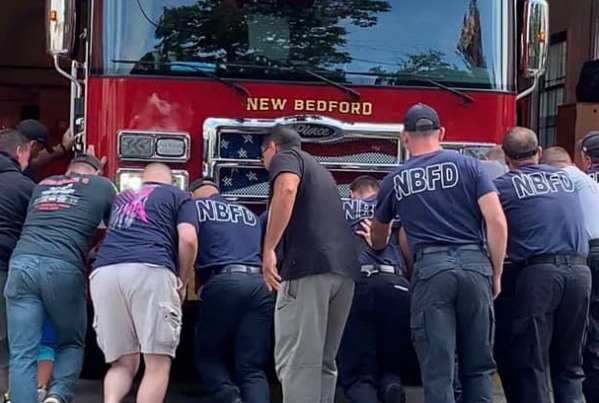