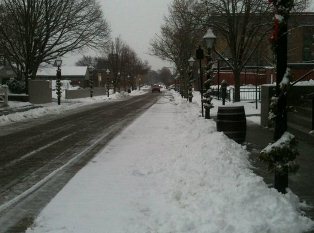 The City of New Bedford has announced a citywide snow emergency parking ban to take effect tomorrow (Friday, February 8, 2013) as of 12:00 Noon. The parking ban will remain in effect for 48-hours thereafter, unless lifted or further extended by City officials. The parking ban is designed to allow City workers to efficiently remove snow from New Bedford roadways to allow public safety vehicles and residents to travel safely.

A potential historic winter storm and blizzard is expected to drop one to two feet of snow across much of the region Friday and into Saturday. The National Weather Service in Taunton has issued a Blizzard Watch for Southern Bristol County. A blizzard watch means there is a potential for considerable falling and/or blowing snow with sustained winds or frequent gusts over 35 mph and visibilities below 1/4 mile for at least 3 hours.

Whiteout conditions are a possibility and travel will be very dangerous. The threat of stranding on roadways is a serious concern, and motorists are strongly encouraged to stay off City roads for the duration of the storm.

The forecast calls for light snow developing on Friday morning which may change to rain in the afternoon and then back to wet snow on Friday night into Saturday afternoon. Snow is expected to fall at a rate of 1 to 2 inches per hour late Friday afternoon. As of this afternoon, the National Weather Service is predicting 18 to 24 inches of total snow accumulation in the city. Very strong winds with gusts to hurricane force are possible Friday night into Saturday.

In the business districts, a double-sided parking ban will also take effect in both the Acushnet Avenue Business District and the Downtown Business District as of 12:00 Noon., on Friday, February 8, 2013. Downtown parking is available at no charge in the Elm Street and the Zeiterion Parking Garages.

Violations of this parking regulation will be subject to ticketing at $50 per ticket and towing at full cost to the owner of the vehicle towed. The vehicle owner is also responsible for the full cost of storage for any towed vehicle.

The following areas have been designated as preferred parking areas for those residents in need of off-street parking while the emergency snow parking ban is in effect:

The Mayor’s Office will provide updates on the snow emergency parking ban as needed.

Libraries and Zoo Closed on Saturday

Buttonwood Park Zoo and the City’s public libraries will be closed tomorrow, Saturday, February 9, 2013. Zoo staff will remain with the exhibit animals throughout the storm.

Pilgrim United Church to Open for Residents in Need of Shelter

Pilgrim United Church (634 Purchase Street) will open Friday afternoon for unsheltered residents. The Church will be equipped with staff, food, and cots.

New Bedford City Offices to Close at 12 Noon on Friday
City offices will close as of 12:00 Noon on Friday, February 8, 2013 including City Hall, the public libraries, senior centers and the Buttonwood Park Zoo. New Bedford Regional Airport will remain in operation for as long as it remains safe. Passengers should contact their air carriers directly to confirm their flight status because widespread cancellations are expected. Only City employees designated as essential should report to work.

The Southeastern Regional Transit Authority has announced plans to suspend services as of 3:00 PM tomorrow, Friday, February 8, 2013. However, earlier suspension is possible based on road and weather conditions. Residents may call 508-999-5211 for information about the status of SRTA services.

Winter Weather Preparedness Tips for Residents and Business Owners
Residents and business owners are advised to review the Winter Weather Tips available on the city webpage (www.newbedford-ma.gov), and to take proactive steps to prepare for the major winter storm.

The normal trash collection schedule will proceed as usual on Friday in the residential areas and the downtown business district. (Trash is not normally collected on Saturdays.)

The Army Corps will monitor the tides closely and will close the navigation gates as necessary to prevent storm surge damage within the barrier. Closings will be broadcast by the Coast Guard on marine radio channel 16 and 22 Alpha. The street gates on East and West Rodney French Boulevard are not expected to be closed. Buzzards Bay communities may experience a storm surge of 2-4 feet with the primary concern being the period around the Saturday morning high tide.

· NSTAR is prepared to address and damage and outages resulting from the storm and encourages customers whose electric service is affected to call 1-800-592-2000. NSTAR strongly urges people to stay away from all down wires and to report them immediately.

· Please visit the City’s website at www.newbedford-ma.gov for more information and updates from the City of New Bedford regarding the snowstorm. 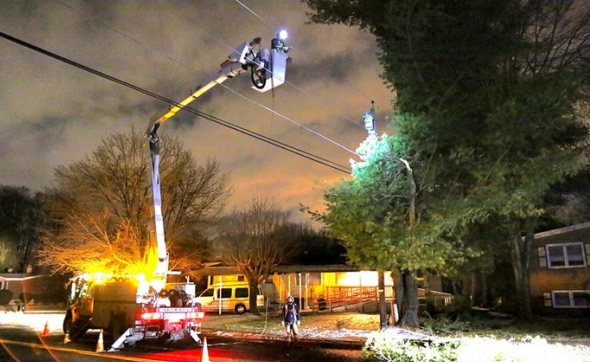