Tis the season, but that doesn’t matter because we all love a feel-good, positive story. Having said that, how about one of those to get us all in the mood? You would have to be the Grinch to not enjoy this one!

“My tree was dedicated to the NBFD and other public service institutions. My son is very fanatic to them. We thank them for their service and honor them this Christmas 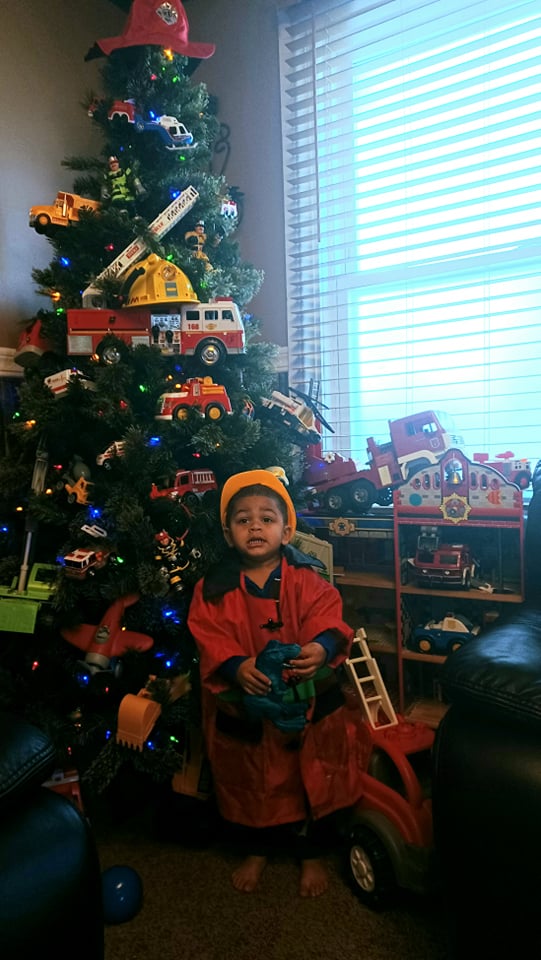 If baby Emmannuel looks familiar, it’s because he has shown up several times on New Bedford Guide in the past year. In March, Emmannuell expressed to his mom a dream in becoming a police officer. While Emmannuel was driving around in his own toy police car, an NBPD officer who happened to be patrolling the neighborhood spotted him and pulled over. 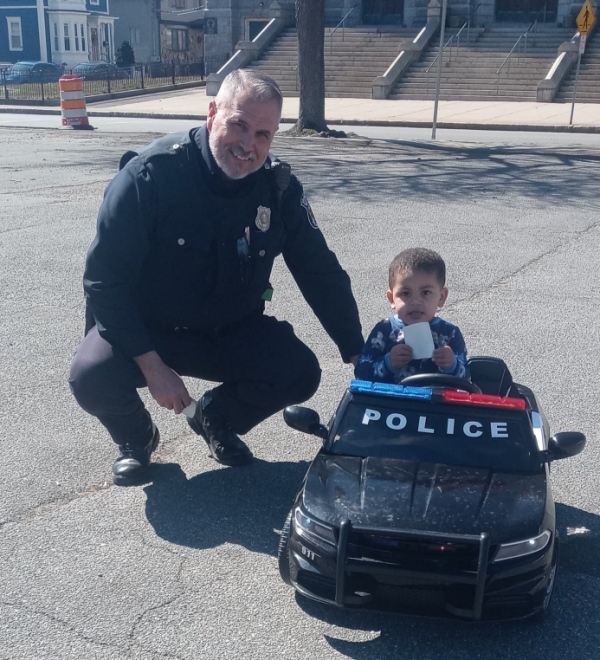 “A police officer saw me outside with my kid and my kid insisted on having a picture taken with the cop. I have an amazing child and I hope and dream that my baby grows and becomes who he wants to be in life I love you Emmanuel Rosa ❤️.” Photo by Yanira Yanira.

You can see see the post and read the comments here.

A few months later, in August, his mom Yanira sent us some photos of Emmanuel in his room playing with all his fire truck toys. A LOT of them, which demonstrates his fascination with the department and their service to the community. 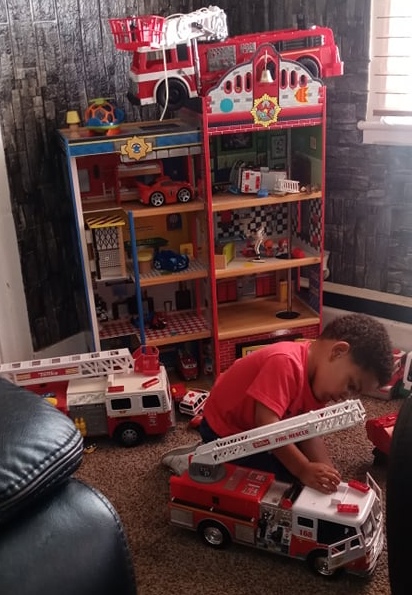 “Hi, I’m Emmanuel and I’m very fond of policemen and firefighters. I live near a fire station in the county and every time I hear them pass by, I go out to meet them. Here my mom gave me a station and my own fire trucks and policemen. 3 years and I am very interested in one of these professions. I am sending you these photos and this statement so that my son is already seen as part of one of them by faith.”

You can see all the pictures and read the comments here.

In September, the New Bedford Police Department and the New Bedford Fire Department made Emmannuel’s dreams come true by inviting Emmanuel and his mom to the stations to not only meet real deal policemen and firemen but sit inside the trucks and cars, and enjoy a ride or two with them. To say this left an impression on the young would be an understatement.

You can read that story, check out the photos and the video here.

In November, Yanira and Emmannuel’s dog was stolen from their yard. We created an article with photos in an attempt to quickly identify the person seen on the Ring doorbell camera taking the dog, in an attempt to get the dog back. You can read the article and see the photos here. YOU the New Bedford Guide fans were instrumental. A post was made on the New Bedford Guide Page and within a few hours boy and dog (and mom) were reunited. 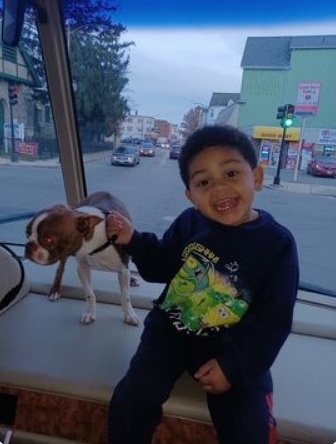