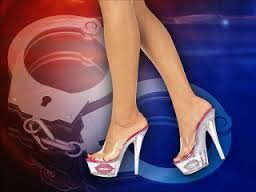 Last night during the late evening hours members of the Organized Crime and Intelligence Bureau conducted a reverse prostitution sting in the north end of New Bedford.

Detectives focused in the area between Ashley Boulevard to Acushnet Ave. and between Tallman St. to Bullard St.

As a result of the investigation, four males were taken into custody and charged with offering to engage in sex for a fee.

The four men will be arraigned this morning in New Bedford District Court.