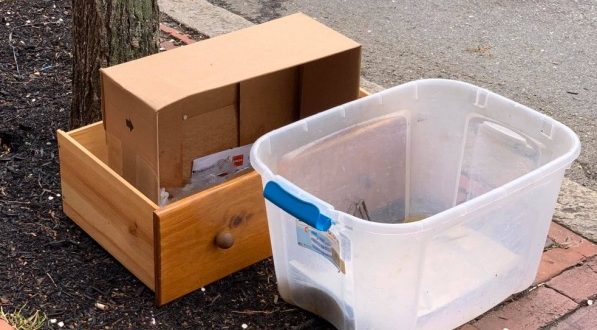 “I received a ticket for my business this morning apparently some a*&hole dumped this in front of my business after we closed.

We found a ticket stuck to our door saying we have to pay a fine! I will fight this and go to the news with this! We have never in the 1 year we have been open and in the 6 months prior doing construction ever done such a thing! We are super neat and clean.

We decided to OPEN a second location in the city because we liked the downtown vibe, the people have been great, and we have never had an issue. When we called to explain they said it’s our responsibility if someone dumps sh*t in front of our business, in the other 2 towns I have opened in we have NEVER encountered this absurd rule!

Also, I lease my storefront, it has 3 stories with offices above and other storefronts at street level…the pile was left in between us and another separate storefront not part of our building, so to single us out is a crapshoot.” -Sherri Flynn DeChaine.