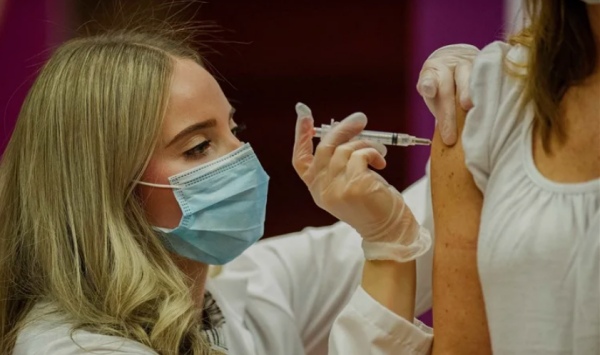 City of New Bedford to require municipal employees to be vaccinated

Mayor Jon Mitchell has announced that the City of New Bedford will require COVID-19 vaccinations of city government employees. Municipal employees who choose not to be vaccinated may choose instead to be tested regularly for COVID.

As the Delta variant of COVID-19, which is more contagious than past variants, spreads in New Bedford and beyond, it is more important than ever for individuals to be vaccinated to prevent against contracting COVID. Regionally, cases are rising primarily among the unvaccinated, across Bristol County including New Bedford and its suburbs, where vaccination rates remain low. In a little over a month, since the week of June 23, cases have gone from daily increases of low single digits (weekly average: just over one new cases a day), to an average daily increase of 38 cases per day over the past week – with a high of 61 new cases in a single day reported on August 4.

Those who are becoming seriously ill, including requiring hospitalizations, from COVID-19 are overwhelmingly unvaccinated individuals, and the low vaccination rate is contributing to the spread of the disease.

With local vaccination rates remaining low, the early adoption of a municipal employee vaccination requirement, is a clear signal that the City’s proactive pandemic response will continue, and it is hoped that the City’s leadership on this issue will encourage other local institutions and employers to adopt similar policies for their employees.

With the federal government having announced a vaccination requirement for all of its employees, and with the recent announcement that the Pfizer vaccine is close to full approval by the Food and Drug Administration (FDA), a consensus among public health experts has emerged that mandatory vaccination is the most effective remaining strategy for bringing overall vaccination rates to a level that protects the vulnerable and returns stability and normalcy to daily life and the economy.

The announcement is consistent with the proactive approach New Bedford has pursued since the beginning of the pandemic. New Bedford has often been in the vanguard of forward-thinking, proactive cities that established model initiatives which were then broadly adopted, including becoming the first city in the country to provide a free mask to city residents, taking steps to protect workers at seafood processing, mandating stringent safety requirements at industrial facilities, safeguarding nursing homes and senior living facilities, opening local COVID-19 surge facilities, and offering incentives for vaccines in convenient neighborhood locations across the city.

A policy detailing the vaccination requirement will be released in the near future, but is expected to align closely with those being contemplated by other public and private sector organizations. The City policy will address timing and vaccination deadlines, testing procedures, and reasonable accommodations that will be provided for medical or religious reasons.

The City’s vaccination requirement does not extend to employees of New Bedford Public Schools or the New Bedford Port Authority. The City will also work with its public employee unions so that the policy conforms with collective bargaining agreements.

“With its lower vaccination rates, Greater New Bedford is especially vulnerable to the Delta variant,” said Mayor Jon Mitchell. “We’ve made the vaccines readily available, but to ensure that the vulnerable in our region are fully protected, we need to do more. By requiring the City’s employees to be vaccinated, we can protect our workforce and their families, and encourage other employers to follow suit.”