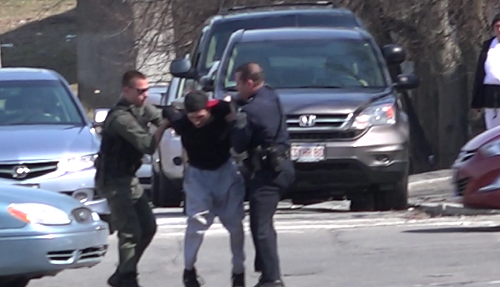 According to Alarms.org, the official site of the National Council for Home Safety and Security, New Bedford is the 5th most dangerous city in Massachusetts. The organization produced a list of the “safest cities in Massachusetts for 2018” – ranking 172 Massachusetts towns and cities.

“To identify the safest cities in Massachusetts, we reviewed the most recent FBI Uniform Crime Report statistics along with our own population data and internal research. We eliminated any cities that failed to submit a complete crime report to the FBI and removed cities with populations under 10,000.

The remaining cities were ranked based on the number of reported violent crimes (aggravated assault, murder, rape, and robbery) and property crimes (burglary, arson, larceny-theft, and motor vehicle theft) per 1,000 people. These variables were then weighted, with violent crimes accounting for 1.5 of the total (due to their severity) than property crimes.”

The safest cities were:

The five most dangerous cities listed were: