On Thursday evening, New Bedford City Council took up an agenda item submitted by Mayor Jon Mitchell: to enter into an agreement with the Commonwealth of Massachusetts to purchase the supposedly haunted New Bedford Armory on 989 Pleasant Street – something that the state has been trying to do for a number of decades.

The Commonwealth has offered the site for decades, even giving auctions a whirl, but they’ve only gotten nibbles, not bites. This is partly due to the fact that any buyer would have to put significant funds towards renovations to make it occupiable: the roof will need significant repairs, possibly a new one altogether, as well as other damage due to time and weather.

Back in 2019, Winter Real Estate Investors tried to make a deal with the state to turn it into apartments and storage units, but that was nixed. 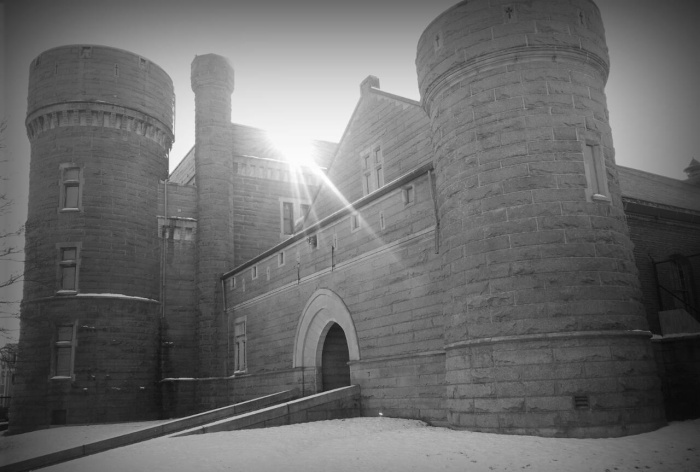 The Armory was featured in Ghost Hunters on November 17th, 2004. Photo by Shawn Sullivan of the New Bedford Paranormal Society.

The state has offered to do something too hard to resist: they agreed to the low-low price of $10 and will repair all the damage to the building including replacing the roof, an estimated cost of $3.3 million.

Councilor-at-large Ian Abreu mentioned that the City will likely take the building, flip it and sell it to a developer who would use the property for market-rate housing, something that the city will need when the South Coast rail ha been finished and is up and running.

Is the deal a shoo-in? Likely, but the item will head off to Ward 2 Councilor Maria Giesta’s full committee on property who will hold a committee meeting about the item on March 23. With their approval, the deal can be finalized and the next steps can be taken. 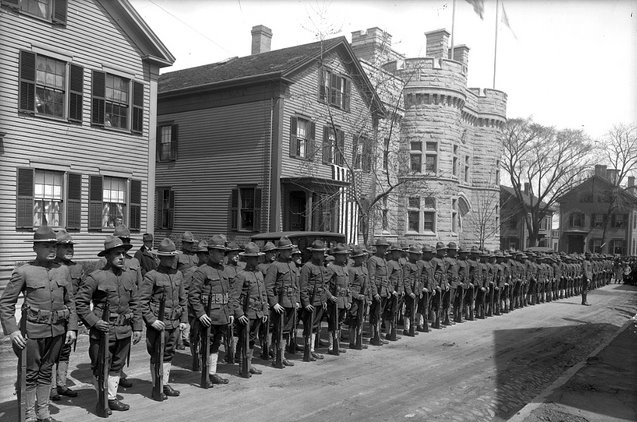 World War I solders standing in formation at the New Bedford Armory. The Armory was built in 1903 and closed 100 years later in 2003.
Translate »