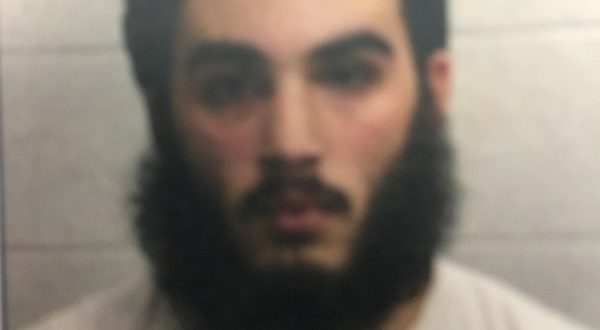 New Bedford Police are seeking the public’s help in locating a suspect in an assault Feb. 25 in the area of 44 Phillips Ave.

Lenine J. Andrade, 19, has a last known address of 117 Coffin Ave., New Bedford. He is described as a white male with a full beard, brown eyes and black hair, standing about 5’3’’ and weighing 180 pounds.

A warrant has been issued for his arrest. Two other city men have been charged in connection with the incident.

The incident apparently began with an argument over one of the suspect’s refusal to clean up after his dog. The suspect pulled out a knife, then returned about 20 minutes later with several other individuals who assaulted the victim.

The victim was treated and released at Rhode Island Hospital.

Anyone with information about Andrade’s whereabouts is asked to call the police department at 508-991-6350 or the anonymous tip line at 508-992-7463 or e-mail tip@newbedfordpd.com.