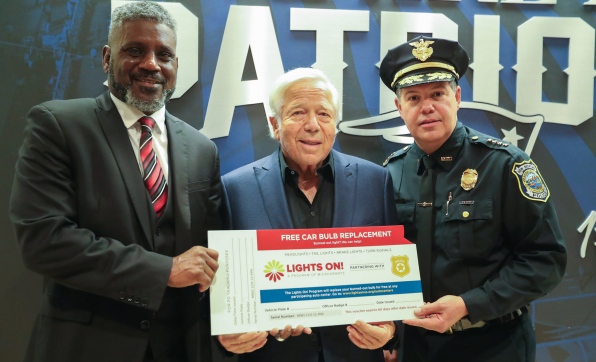 “The New Bedford Police Department was given the opportunity to hold a press conference at Gillette Stadium with Patriots owner Robert Kraft to announce a new initiative coming to our city, Lights On!

Under the Lights On! program, New Bedford officers on traffic stops will be providing a voucher for a free repair on mechanical problems with the vehicle rather than citing the driver. Some common mechanical violations include burned-out light bulbs, broken turn signals, etc. 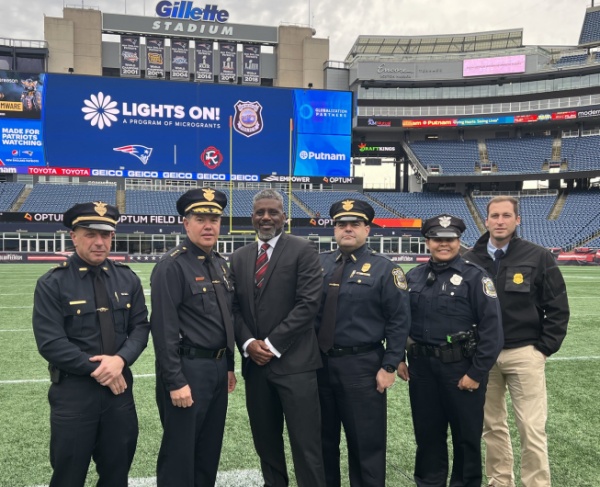 The partnership is in conjunction with the following auto centers: 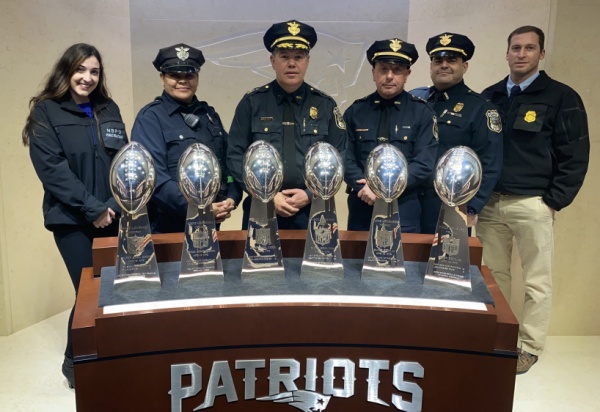 At times, routine traffic stops have the potential to become adversarial, and we’d like to lessen the possibility of that. On behalf of the department and the New Bedford community, we are very appreciative of the Kraft Family, the New England Patriots organization, and the Lights On foundation for agreeing to partner with us on this worthwhile opportunity.”

“This program will complement our community policing philosophy that has built trust in our neighborhoods and has dramatically lowered crime across the City,” said New Bedford Mayor Jon Mitchell. “I am grateful to the NFL, the Patriots, and the Kraft family for their thoughtful support.”

The Lights On! initiative will launch in New Bedford, Massachusetts. The Lights On! program is supported by community in-kind and financial donations. To learn more or donate, visit LightsOnUS.Org.'” 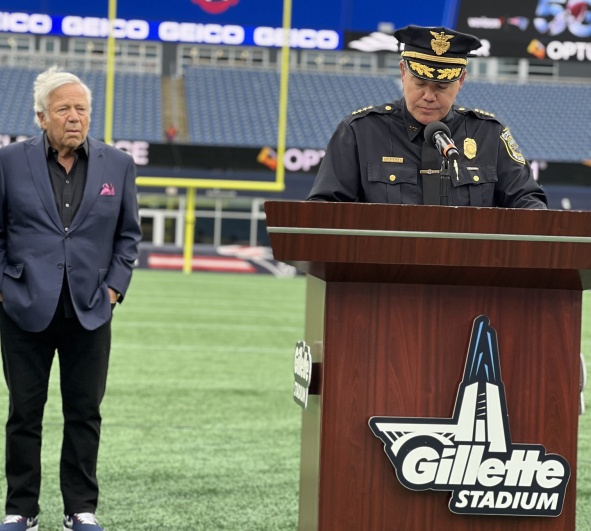 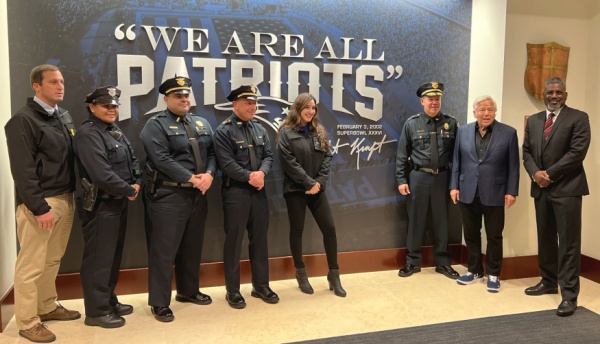