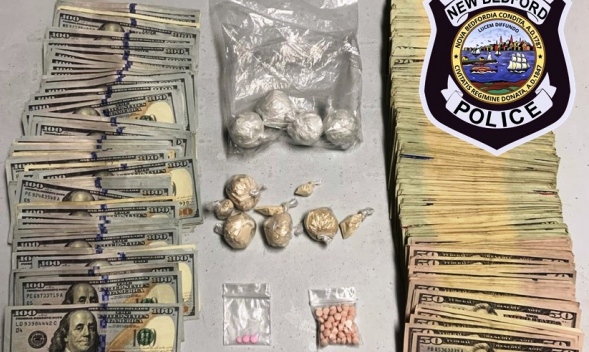 On Friday, November 26, 2021, detectives obtained a search warrant for 200 Weld Street and 270 Morgan Street in Fall River, Massachusetts, as well as two vehicles belonging to the target who was identified as WILLIAM FIGUEROA, 35.

Detectives searching the home on Morgan Street located 88 grams of fentanyl, multiple bags of oxycodone, digital scales, multiple bottles of cutting agent, and $26,145 which was later seized as a result of the nature of the charges.

Figueroa was arrested and charged with trafficking in 100 grams or more of fentanyl and possession to distribute a class B drug.