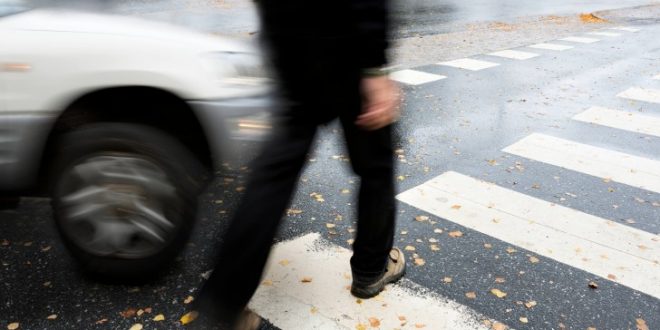 A recent report from WalkBoston showed that Massachusetts pedestrian fatalities in car-related crashes leveled off in 2021, neither increasing nor decreasing with a total of 75 such incidents, and that this accounts for 18 percent of all lives lost in traffic crashes.

Of the 351 cities and towns in Massachusetts, 47 had a fatal pedestrian crash in 2021 with over half (40 of 75) of the deaths happening in 12 municipalities, one of which is New Bedford.

The two cities tied for the most fatal accidents were Boston and Springfield with 9. Second place was also a tie, this one between Brockton and Lowell. The city of New Bedford was in 5th place with 7 other communities. 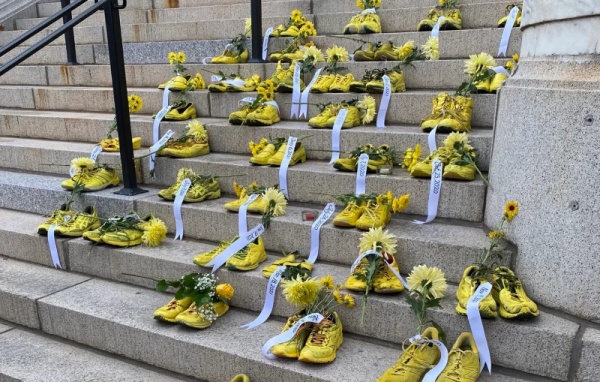 Memorial to the 39 people killed in crashes in the city of Springfield during 2020 and 2021 on the steps of the Springfield Central Library. Springfield City Councilor Jesse Lederman Twitter photo.

The highest rate (36%) of fatalities involved older adults over 65-years old, an age group that comprises 16% of the Massachusetts population. 50% of the Commonwealth’s fatal accidents were on streets where the stated speed limit was between 30 and 35 miles per hour.

The Insurance Institute of Highway Safety found that pedestrian crashes are more likely to occur with SUVs, pickups, vans, and minivans implying that the continued growth in increases in the size and weight of vehicles has stymied progress.