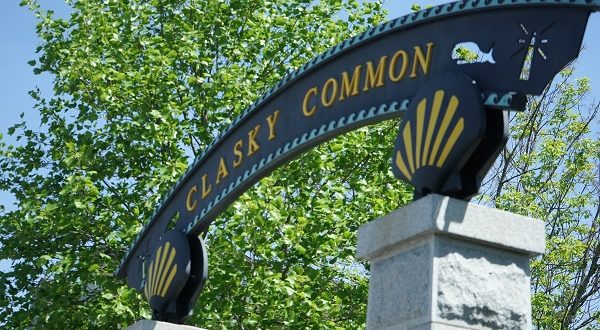 The City of New Bedford’s parks and other open public spaces will close at dusk until the first frost of the season based on the recommendation of the City’s Health Department.

Parks have closed at dusk daily since August 16 in response to the risk of Eastern Equine Encephalitis (EEE); health officials have recommended that the closures continue until the first frost of the season, which in Greater New Bedford generally occurs in mid-October, according to the National Weather Service. Multiple positive tests of mosquitoes with EEE in New Bedford and surrounding municipalities have led the state’s Department of Public Health to classify the risk level in Greater New Bedford as ‘critical’ for EEE.

Through October 18, park lights will be turned off at dusk (approximately 7:00 p.m., but gradually beginning earlier through October). Athletic leagues and other organizations utilizing the park should not continue their activities beyond dusk, due to the increased risk of EEE. Should first frost occur before October 18, the City will announce any changes to the dusk park closures.

The same precautionary measures are advised for EEE, West Nile Virus, and the Zika virus. These include the following:

Be Aware of Peak Mosquito Hours – While mosquitoes are out at all hours of the day, their peak biting times are from dusk to dawn. Consider rescheduling outdoor activities that occur during evening or early morning. Otherwise, take extra care to use repellent and protective clothing, especially if you work or spend a lot of time outdoors.

Clothing Can Help Reduce Mosquito Bites. Although it may be difficult to do when it’s hot, wearing long-sleeves, long pants and socks when outdoors will help keep mosquitoes away from your skin.

Apply Insect Repellent when you go outdoors. Use a repellent with DEET (N, N-diethyl-m-toluamide), permethrin, picaridin (KBR 3023), IR3535 or oil of lemon eucalyptus [p-methane 3, 8-diol (PMD)] according to the instructions on the product label. DEET products should not be used on infants under two months of age and should be used in concentrations of 30% or less on older children. Oil of lemon eucalyptus should not be used on children under three years of age. Permethrin products are intended for use on items such as clothing, shoes, bed nets and camping gear and should not be applied to skin.

Drain Standing Water – Mosquitoes lay their eggs in standing water. Limit the number of places around your home for mosquitoes to breed by either draining or getting rid of items that hold water. Check rain gutters and drains. Empty any unused flowerpots and wading pools, and change water in birdbaths frequently.

Install or Repair Screens – Some mosquitoes like to come indoors. Keep them outside by having tightly-fitting screens on all of your windows and doors.