Perhaps you are wondering,“What exactly is Open Studios?” This free event was created by artists who wished to engage the public by having them tour, converse, and sometimes even participate in their medium. The studios are often times situated in New Bedford’s large historic mills, and are usually closed to the public. In my view, there is something rather mysterious about these mill spaces, similar to that of Willy Wonka’s Chocolate Factory, where you have no idea what kind of creativity goes on behind the giant closed doors of the mills. Year after year, one of the most common responses from visitors is, “Wow! I had no idea that these spaces existed. I drive by here all the time and didn’t know there were artists working in here.”

New Bedford has such a rich history, from whaling and commercial fishing to the glass and textiles industries. Anyone who takes the tour through the studios immediately can sense this fact. An interesting fact taken from the New Bedford’s website states that around 1920, at the height of prosperity, there were twenty-eight cotton establishments, operating seventy mills and employing 41,380 workers in the city. Amazing!

To give you some background, New Bedford Open Studios began in 2004 as a project created by the non-profit AHA! (Arts History Architecture) which was all made possible by the Adams Grant. The intent of the grant is to generate revenue and promote beneficial partnerships between arts institutions, businesses, and local governments.

Sheilagh Flynn, a ceramicist at Hatch Street Studios, immediately became involved in the
effort in 2004, as she was already familiar with Boston’s Open Studios. During the beginnings of NBOS, it was thought that only 40 or so artists would participate. Sheilagh assured the group that more artists in New Bedford existed and she was able to recruit 65 artists in the first year of Open Studios. In talking to Sheilagh, she expressed how excited the NBOS artists and the city were to have an event like Open Studios in the SouthCoast. Finally, the area artists were being recognized and defined. The following year, the New Bedford Open Studios map was created and has become the staple guide for the event.

Whether you are a curious onlooker or a serious collector there will be something for you at the 6th Annual New Bedford Open Studios on October 2nd and 3rd (10am-5pm and 11am-5pm). Nearly 100 artists are expected to participate this year, and a multitude of mediums will be on display including paintings and prints, textile art and clothing, sculpture, furniture, jewelry, glass and so much more!

Shelley Cardoos, NBOS coordinator and local artist working out of 419 Sawyer Street, comments about this year’s event saying, “It has been a pleasure working with such a great group of artists. There will be 96 participants this year and each one has something unique and exciting to offer. Many artists work in their studios throughout the year without having a chance to show their process and this is a very special opportunity for both the artist and the viewer.” 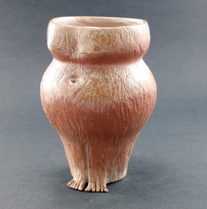 Coupled with the New Bedford Open Studios event is the “Sample” show to be held at Gallery X downstairs (169 William Street www.galleryx.org) which opens on September 9th, with a closing reception on September 30th from 6-8pm. The Sample Show is a great way to get a taste of what some of the artists have to offer. One item from almost every NBOS participating artist will be on display and there will be notations on where each artist’s studio can be found.

New Bedford Open Studios gives artists the opportunity to network with other artists, curators, collectors, creative professionals and admirers on their own terms. It simultaneously helps build the reputation of New Bedford as an ever-growing creative community while encouraging neighborhood residents and New England tourists to act on their curiosity. We the artists also encourage tour participants to explore the city’s other attractions such as diverse cultural restaurants and historical venues.

Studio and restaurant maps will be available at galleries and participating studios throughout the city. Maps can also be picked up at the New Bedford Visitors Center at 33 William St. For more information please contact: nbopenstudios@gmail.com or visit our website.