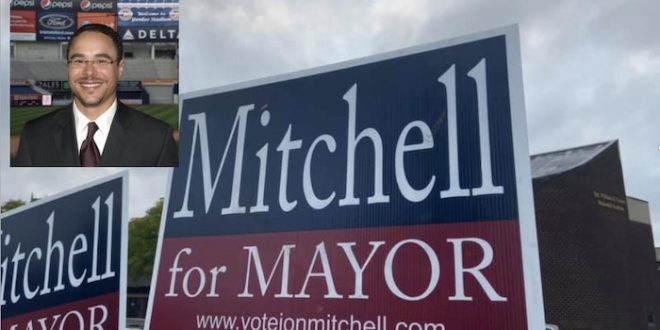 The New Bedford Police Department confirmed that probable cause has been determined in a charge of larceny against Mason Almeida of New Bedford after the disappearance of Mayor Jon Mitchell’s campaign signage in early November leading up to the New Bedford municipal election. Almeida will be arraigned in New Bedford’s 3rd District Court on 11 March, 2020.

When asked for comment, the Mayor’s office deferred to the New Bedford Police Department.

The NBPD released the following statement: “The New Bedford Police Department takes charges of tampering with any campaign materials very seriously, especially during the course of an election, and is seeking prosecution accordingly.”

Almeida was an advocate and held signs for Tyson Moultrie, a candidate for mayor in the November 2019 mayoral election.

Mason Almeida did not respond to a request for comment and Tyson Moultrie stated that Almeida was a sign holder and did not work for his campaign.