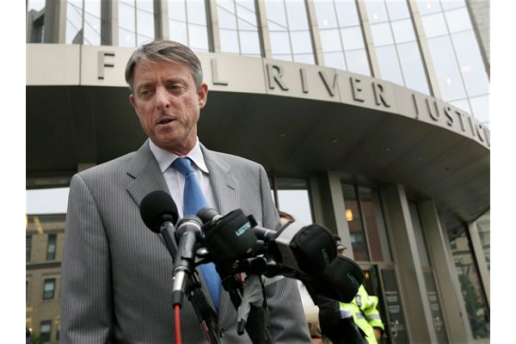 Prosecutors say he had access to the victim’s home because he was installing insulation in her attic. “There was jewelry in plain view,” said prosecutor Patrick Driscoll. “The defendant is an admitted drug user, using heroin.” Source: CBS Boston.

What happened inside her home was brutal, as prosecutors say the victim’s throat was slit. “This 69-year-old woman’s head was almost severed, she was living by herself,” said Bristol County district attorney Sam Sutter. He calls it a tragic case of elder abuse and points to the need for seniors to learn to better protect themselves. – Source: CBS Boston.