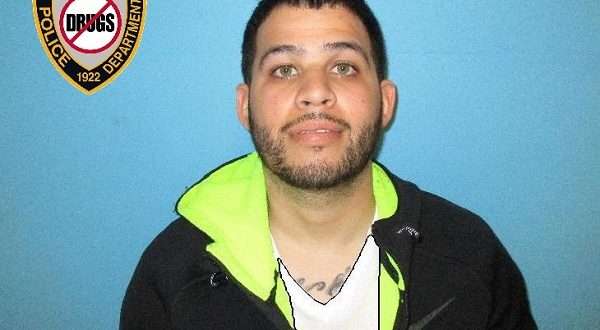 On Thursday, August 02, 2018 at approximately 3:03 p.m., Dartmouth Police Department narcotics detectives attempted to negotiate an arrest in connection with a narcotics investigation on McCabe Street.

While doing so, the male operator, identified as Erick ROMAN, 29, of #77 Sidney Street, New Bedford, Massachusetts, allegedly attempted to strike the detectives with his vehicle.

After detectives were able to successfully extract ROMAN from his vehicle, it rolled into another vehicle parked in the area.

As a result of both the crash, as well as the fact that detectives observed him ingesting narcotics prior to his arrest, ROMAN was transported to St. Luke’s Hospital to be evaluated.

ROMAN is being charged with possession with intent to distribute a class B drug, conspiracy to violate drug laws, failure to stop for police, assault with a dangerous weapon to wit a motor vehicle, and resisting arrest.