“Two Massachusetts men were reportedly caught in the act of cutting catalytic converters on Monday.

According to Plymouth Police, late last night, Nicholas Miller, 27, of New Bedford and Rafael Almeida, 26, of Methuen were being too loud with their Sawzall tools which drew the attention of a neighbor.

PD responded and immediately found that the two were up to no good, sawing off catalytic converters which did not belong to them. When they heard the police responding, they ran, and police set up a perimeter. 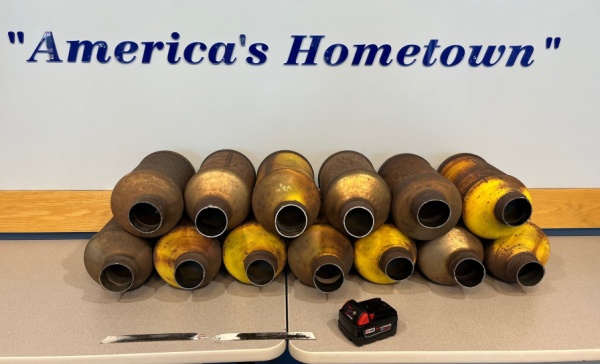 Sheriff’s Department K-9 Deputy Brian Farrell was nearby with his K-9 Dani and they quickly found the two men hiding in the woods. They were taken into custody without incident by Officer Connor Rossi and Pat Hicks.

15 freshly cut catalytic converters were recovered at the scene by the Patrol Division and detectives are continuing the investigation.

Both men had warrants out of Maine and are being held as fugitives from Justice. They also each picked up over a dozen new charges including malicious damage to a m/v, trespassing, possession of burglarious tools and receiving stolen property.” -Plymouth Police Department.

Police across Massachusetts have seen a huge uptick in catalytic converter thefts the last few years and a Bristol County State Rep. has submitted a bill to try and crack down on the thefts. 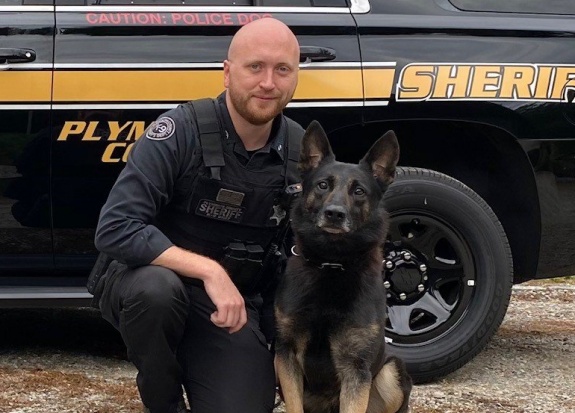